Have you ever been to Portland and witnessed its magical places? If not, you must come to the beautiful city and explore its hidden treasures with family or friends.

Portland is among the largest cities of Oregon, sitting on the Columbia and Willamette rivers in Mount Hood. Moreover, it is also known as the “City of Roses” and is home to exceptional beauty and irresistible charm.

The city is widely popular for national parks, bridges, coffeehouses, microbreweries, impressive gardens, animal reserves, art galleries, and stunning attractions. In addition, it offers exciting opportunities for hiking, trekking, camping, and other outdoor activities for adventure enthusiasts. Since it is the largest city, there is no shortage of fascinating things to do and see.

Here are the nine best tourist attractions in Portland, which are incredibly beautiful and popular in terms of tourism.

Washington Park is the heart and soul of the nature-oriented city, featuring several beautiful tourist attractions in the area. It attracts a large crowd worldwide and gives them an exposure to remember their entire life.

Major highlights include the International Rose Test Garden, popular museums, and a zoo. In 1871, the city bought a wildland lying to the west of the main center. Tourists can spend a day exploring the park’s landmarks or strolling down the nearby gardens.

In addition, one can see new variants of roses grown in the Garden. The city’s moderate temperatures turn the roses into flowers in the autumn; take the tour during an annual festival.

Another major highlight is the Portland Japanese Garden, one of the largest gardens outside Japan.

The river marks the Oregon-Washington border and offers incredible scenery in abundance. Moreover, the river is 1243 miles long and exhibits canyons of 80 miles.

Tourists can plan a day trip to some of its most-visited landmarks, including the Columbia Gorge National Scenic Area. It covers 292,500 acres of land along with the Pacific Northwest’s largest river.

In addition, you can’t miss the opportunity to click wonderful pictures on the most picturesque sites. Beautiful waterfalls include the towering Multnomah Falls, Oneonta Gorge, and Latourell Falls in W.

Talbot State Park. Moreover, major landmarks include Vista House at Crown Point and the Angel’s Hiking Trail, offering hiking and other thrilling activities. So, plan an exotic trip to the best tourist attractions in Portland by making Jetblue booking.

Pittock Mansion is a grand property in Portland, lying west of downtown, and was built in 1914 by Henry Pittock. He was the founder of the Oregonian newspaper and spent days here for five years until his death in 1919.

It was set for demolition in the 1960s, and the community purchased the site as a home for the city. With the help of enough funds, the royal mansion was renovated, and since then, it has been open for public visits.

Moreover, the mansion exhibits impressive features like a vacuum system, indirect lighting, and intercoms. It also covers 46 acres of land and offers breathtaking scenery at an elevation of 1000 feet above the city.

Pittock Mansion is a mid-way between Hoyt Arboretum, Forest Park, and Washington Park.

The International Rose Test Garden of 1917 is an ancient public garden in America and an incredibly beautiful tourist attraction. The Garden has all-new varieties of developing new roses, and it is categorized into various sections. The legendary people who have won Nobel awards have names written with each plant. As a result, it is also known as the Gold Award Garden, featuring a charming gazebo.

The late spring is the best time to visit the test garden. On clear sky days, the city center and Mount Hood, offering beautiful scenery in abundance. Another landmark is Peninsula Park Rose Garden, sitting on the other side of the river. Tourists will receive the large public transit to travel within the neighboring areas. But on some days, parking can be really challenging.

There is a unique place for book lovers in Portland, including Powell’s City of Books. Each shelf contains mixed titles, books, and used copies but also gives a refreshing and welcoming vibe. More than a million books of renowned authors and poets at the bookstore might interest you. Moreover, the burnside region has a spacious coffee shop, providing a beautiful sitting area to read your new book selection. There will be no disturbance, and you can peacefully read the book and enjoy the self-time.

While visiting the site, ensure to go through the schedule in advance to avoid missing out on anything special. The event calendar has something exciting each day, including panel discussions, writing workshops, author readings, and various book clubs. After taking the book tour, shop on Burnside Street, the largest and self-made of its kind within the area.

Portland Japanese Garden sits on 12 acres of land within Washington Park, lying on the grounds of an old zoo. It was first opened for a public visit in 1861 to give citizens a place to feel calm and find serenity. Moreover, the site enhances the ties between Oregon and Japan and develops a cordial relationship between both. The garden area features the captivating Flat Garden, the Strolling Pond Garden, and a Tea Garden with a ceremonial treehouse.

In addition, the site hosts special programs, including lecture series, mindfulness tours, and cultural demonstrations. After strolling down the Japanese Garden, you can stop at the Umani Cafe to enjoy a fine dining scene. The eating spot features tea and Japanese finger foods in a contemporary and classic cafeteria.

It is the oldest museum in the Pacific Northwest, first founded in 1892. Today, it is a major landmark of Portland, home to a diverse collection of artifacts. The number of items inside the museum exceeds 50,000. Moreover, a tiny portion is kept for a display in more than 112,000 square feet in the art gallery. Major highlights include Asian art, graphic arts, Native American antiques, Northwest art, and English silver.

The Oregon Museum of Science and Industry complex features a theater along with a four-screen. Moreover, it is home to a US Navy submarine, a planetarium, and educational exhibitions. Tourists can find beautiful, interactive, and educational displays for all age groups. Moreover, some of the fields in the art gallery are health, chemistry, engineering, technology, and the environment. Just outside the museum, the USS Blueback lies a non-nuclear submarine that was in use for thirty years. Moreover, the submarine was also featured in the movie Hunt for Red October, but today, the site offers guided tours.

Oregon Zoo lies in Washington Park and features hundreds of jungle species, including bird and marine creatures. Tourists can see animals from around the world, from the African Savannah to the Amazon and Arctic. Richard Knight also exhibits a private collection of animals to begin the zoo opening in the 1800s. Additionally, one can take time and learn about Oregon’s Zoo’s conservation programs.

In addition, the zoo features behind-the-scenes tours featuring animal interactions and sightseeing tours. The site also hosts different classes, camps, and after-school programs. Take your family on an exotic trip to the best tourist attractions in Portland and spend quality time with them. Avail of the Delta airlines booking services and grab exclusive discounts and offers on vacation packages and flight tickets. 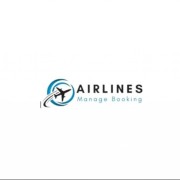 How to Choose Fashionable Baby Hats?

Choosing a Kitchen Sink: Ultimate Guide You Need to Consider