Allowing its creator to express and communicate their ideas visually without any constraint of objective referents, abstract art painting is considered one of the purest forms of expression. Finding its origin in the late 19th century, abstract art was pioneered by many forward-thinking artists, who rejected the established rules and techniques of traditional art. Hence, abstract art was founded on the principals of freedom and inventiveness.

Manifesting through the years, the genre of abstract art encompasses several prominent artistic movements including Fauvism, Cubism, and Abstract Expressionism, and is widely celebrated for its avant-garde aesthetic. Today, this art form is renowned for its innovative aesthetic and styles, with some stunning abstract paintings finding a permanent position in the collection of almost every prominent museum, and online art gallery.

Prior to the rise of abstract art, most art techniques focused on figurative and representational depictions in their paintings. Once the quest for accurate mimicry of reality began fading in importance, artists were no longer limited by the existing techniques. With modern artists modifying them and abandoning them altogether in search of new methods and techniques to achieve the goals of non-objective art, they now emphasized on color, composition, process, and emotion of their artwork.

With this background, let’s explore some ingenious art techniques that abstract artists often use.

Considered as one of the most radical art techniques, action painting is a style of painting in which paint is spontaneously drizzled, splashed, or smeared directly onto the canvas, rather than being applied carefully with absolute precision. Also, called ‘gestural abstraction’ it often incorporates a number of different tendencies and processes including splatter painting, drip painting, and gestural mark-making. Believed to be originated by the Abstract Expressionists of the 1940s, the goal of the action painting technique is to infuse spontaneity and physicality into the entire process. However, finding it quite uncanny, some critics accuse action painters of painting work that’s chaotic and uncontrolled. But several prominent artists of that time such as Jackson Pollock, regarded as the primary founder of action painting, upheld their beliefs and advocated that their abstract art paintings were not a work of chaos but rather were guided and intuitive. It was the iconic works made by action painters like Martha Graham, Willem de Kooning, Jackson Pollock, Barnett Newman, Isamu Noguchi, and Mark Rothko, that action painting is one of the most common, easily recognizable and widely practiced abstract art techniques today.

Following the revolutionary artists such as Jackson Pollock and Willem de Kooning, Helen Frankenthaler, one of America’s greatest artists invented what she termed as the ‘soak stain’ technique in the 1950s. Fearless in experimenting with new processes and approaches to art-making, Frankenthaler primarily employed this unique technique to produce her color field paintings with paint often melted into the weave of the canvas. Several of her artworks are housed in the famous museums and studios that sell paintings. Rather than using paint thickly and opaquely on the surface of the canvas, staining involves pouring of thinned painting medium (often with turpentine) to the consistency of watercolor directly on the unprimed canvas, usually laid on the floor instead of propping vertically on an easel or against a wall. Often possess of pouring, dripping, sponging, titling, and tools such as paint rollers, and sometimes house brushes are used to manipulate the paint. The staining process soon influenced many other abstract artists of the period and was adopted by color-field painters like Morris Louis and Kenneth Noland.

The most popular technique of art-creation, collages are usually made with paper, but any two-dimensional artwork that’s made from an assemblage of the combination of different materials other than liquid medium onto its surface can be called a collage. The first modernist artists to incorporate the technique of collage into their works were the Cubists, namely Pablo Picasso and Georges Braque. Employing unconventional materials such as wood grain wallpaper, buckram, they created ground-breaking art which became so popular that its prints are still in demand and available in studios and galleries that sell paintings. Though many people consider their Cubist collages to be abstract, they upheld that they were only attempting to depict reality more accurately by infusing elements of the objective world to their paintings. Taking inspiration from them, many other abstract art movements since have also incorporated collage, such as Dadaism and Abstract Expressionism, thus creating a new whole.

A French word meaning literally to unstick, decollage is essentially the opposite of collage and involves cutting or tearing away elements of an original image. In an abstract decollage, an artist usually adds layers of paper to a canvas surface and then uses different tools or even their hands to remove parts of the various layers added, thereby creating an abstract composition. Finding its origin in the Surrealism phase, decollage started as making art from posters ripped from walls. In 1938, surrealist Leo Malet was first to use this technique wherein his artworks were made from a range of ripped apart paper advertisements removed from their original setting and mounted onto canvas, hence his beautiful abstract art paintings also referred to as ‘affiches lacarees’ (torn posters).

Fabricated, in a literal sense, means that something is manufactured, usually by way of an industrial process. The Minimalists were the most famous artists of the abstract genre who intentionally adopted the fabrication as an art technique and employed it extensively in their works. As one of the key objectives of Minimalism was to eliminate any reference to the personal ideas and expression of the artist in their creations, fabrication was embraced strongly by them, most of them would design their aesthetic objects and then have them fabricated out of different industrial materials by other professionals. Owing to its involvement of third parties for the production of aesthetic objects, the fabrication of abstract art often raises questions of the importance of the artist actually making work.

The art technique of assemblage is considered the exact opposite of the sculpture. Ideally, the visual art of sculpture operates in three-dimension and involves the creation of different forms by carving commonly used material such as wood or stone or by casting it out of kinds of stuff like plastic original or metal or sometimes by modeling it out of a material such as clay. In an assemblage, the artist creates a whole new three-dimensional form, by combining disparate, mostly unusual elements together. Robert Rauschenberg was the most famous abstract artist for using the technique of assemblage, he used it to create his famous abstract art paintings called ‘combines.’

In simple words, a print can be understood as any two-dimensional image transferred onto a surface from a previously prepared matrix. One of the most common items on sale on almost every online art gallery, there are several ways to produce a print, including lithography, woodcuts, etching, screenprinting, and digital printing. As an art technique, printmaking allows an artist to create an image in a good time and then make multiple copies of it. Unlike digital prints, most copies of prints produced by other procedures are not actually identical because most printmaking processes create inconsistencies due to minor defects and changes in the surface of the original plate. However, these inconsistencies are crucial to the individual distinctiveness of signed and numbered prints. Inconsistencies were a major aesthetic concern of famous artist Andy Warhol, who extensively relied on printmaking techniques and other mechanical processes in his artwork.

This art technique involves sculpting an image from a two-dimensional surface so that the sculpted figure stands out of the surface of the work. Often other materials and elements are added to a relief to create a composite relief, which resembles a combination of relief and collage technique. Famous artist Frank Stella has long incorporated composite relief into his multi-disciplinary practices. Six of his large-scale composite relief works are located on the grounds of the famous Venet Foundation in France as a permanent outdoor art installation, called the Frank Stella Chapel. 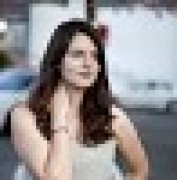 Need Some Color Inspiration for Your Home Interior?

List of Budget Estimation Mistakes of a Construction Project

Why Does Condo Size Furniture Matter?

Turn Any Home into a Smart Home with These Helpful Gadgets