This article is all about the treatment of Dementia by using CBD for its cure and treatment.

Dementia is a state of mind in which a patient’s loose cognitive functions, thinking, remembering things, and also loose reasoning and behavioral cognitive systems. It is a longer and general term of the loss of memory, language, speaking skills. Alzheimer’s is the most common reason for causing Dementia.

Alzheimer’s disease is currently the most commonly developed form of dementia and it currently affects over five million individuals in the United States. It is possibly the worst type of dementia as it affects one’s thinking, memory loss, and also behavior. The negative symptoms of this treacherous disease creep up on you slowly and then progressively worsen as time passes until you reach the point where you are no longer able to cope with daily life.

Alzheimer’s is very sadly a progressive disease that seems to have no end and, in the final stages of the disease, the patient will have lost the ability to have a conversation or react to their environment. It is one of the major causes of death in the elderly and the expected lifespan after diagnosis is between four and eight years, although this figure can increase up to 20 years, in some cases.

There is currently no proven cure for Alzheimer’s disease, yet there are some treatments available that can help manage the symptoms and with ongoing research being conducted, medical professionals are hopeful that a cure will be discovered shortly.

Visit us for Health and Fitness Updates

What are the Causes and Symptoms of Dementia?

Dementia is not just a single disease, as it covers a wider range of other medical conditions such as Alzheimer’s disease, and also other brain-related issues.

There are many causes which may cause Dementia in you as,

Degenerative neurological diseases. These include Alzheimer’s disease, Parkinson’s disease, Huntington’s disease, and some types of multiple sclerosis. These diseases get worse over time.

Traumatic or accidental brain injuries may also cause Dementia in a person. Certain infections directly infect the central nervous systems such as Meningitis, HIV, and Creutzfeldt-Jakob disease. Also, a major cause is the long-term usage of drugs and alcohol-related products. And prolonged smoking may also cause such types of diseases in human beings.

There are many genetics related issues that are also involved in this as this disease may also carry on or continue genetically in people for a longer term of time. Problems faced in communication like, hesitation in the talk, feeling shy to talk, stammering while talking, agitation, and mood depressions may also be the major symptoms of this disease.

What are Different Types of Dementia?

There are different types of Dementia depending on the intensity of the disease. Such as,

It is a condition of Dementia that occurs in human beings because of problems and issues caused by the Cerebral Cortex. This part plays a vital role in the control of memory and language. People with a type of Dementia may have severe issues in speaking and understanding the words. The cerebral cortex is the brain’s outermost layer, which is involved in a range of important functions, including memory, language, abstraction, creativity, judgment, emotion, and attention.

Frontotemporal dementia is a complicated and difficult disease that can be challenging to manage and often leads to a significant burden on caregivers. Sometimes the management of behavioral changes is difficult even with medications. In this case series, we report three cases of patients with behavior that was resistant to typical treatment who showed improvement in behavior when they were prescribed medical marijuana for other reasons.

The loss of nerve cells damaged in Dementia may cause a disturbance in the proteins infused functioning of the human brain. In Dementia motor blur loss of visions also happen to come in people and they lose their ability to differentiate colors and objects. In Frontotemporal Dementia there is a major loss in vision and also motor receptive neurons. The health impacts of this Dementia are very much cognitive and also are painful and also are less treatable and painful in treatment.

It causes many major permanent changes in human psychology and personality. It mostly occurs in the late 20s or early 50s in the people. In this condition, the most prominent issue is the loss of memory and the ability to recognize people. In the semantic variant of this issue, people stop recognizing different variables such as they find it difficult to recognize different alphabets, and also cannot tell the difference in the multiple calculations in the figures and sums. This kind of Dementia may occur in the early or even in the late years of life too. Health factors are very much associated also with this type as it drops fast in this condition.

Using CBD for the cure of Dementia.

Research studies show that the high concentration of CBD Oils used or consumed may cause vital body sensations which may cause betterment in reducing the effects of Dementia in Human Beings. CBD may reduce the symptoms of agitation and anxiety in people after using CBD. The dementia-related conditions that can be helped by CBD include Alzheimer’s disease, Vascular Dementia, and Dementia with Lewy bodies (DLB), Parkinson’s disease, Frontotemporal dementia, and Huntington’s disease.

According to researchers at California’s Salk Institute, their 2017 study has found evidence that cannabinoids such as CBD could help remove dementia from and increase connections between, brain cells. Those results were validated by other laboratories. While the US Food and Drug Administration has yet to approve a CBD drug to treat dementia, it has approved a CBD-based drug for treating epilepsy.

There are three ways CBD can work to improve health outcomes for persons with dementia: by reducing inflammation, reducing oxygen buildup, and by working as a brain stimulant and neuroprotectant. From a user’s perspective, CBD may reduce stress and anxiety in the individual with dementia as well as reduce the decline of memory and other brain functions.

It should be noted that much controversy surrounds CBD and the claims companies have made as to its positive effects. The FDA warns that CBD can cause liver injury (as shown in some animal experiments with super high doses) and affect the metabolism of other drugs. The agency also says that long-term side effects remain unknown.

Different research studies conducted on different types of rodents show that the usage of CBD in different shapes as oils, hemp, and CBD Hemp gummies have reduced brain-infused inflammatory symptoms in animals. They have cured many inflammatory and receptive brain cells disorders in a safe and faster method, and also have shown positive improvements in the treatment of cognitive behavioral manners. Whereas the different test results have shown proven positive results on the treatment of dementia in animals and also it is working positively on human beings. CBD oil has shown multiple levels of recessive health improvements in patients who have Alzheimer’s disease and also having troubles caused by Dementia.

Several recent studies have provided promising evidence for the use of CBD to treat dementia. These studies encompass the dementia-related diseases of Alzheimer’s, Parkinson’s, and Huntington’s, as well as vascular dementia. To date, no large-scale clinical trials have been conducted on humans. There are many shreds of evidence that show the positive core results in the improvement of the symptoms of the treatment of the disease. Dementia patients have been seen improving rapidly after using the CBD for the treatment.

Some experts in the field of Alzheimer’s disease are giving the green light to CBD oil to soothe the anxiety that often accompanies dementia. CBD oil has captivated the attention of the general public as well as that of major organizations, including one dedicated to supporting Alzheimer’s disease patients. While the Alzheimer’s Society of the United Kingdom contends that there is no evidence for the slowing or ceasing of dementia through CBD oil, the organization does state that cannabidiol could help manage other symptoms. CBD Oil also has the ability of the ability to minimize the oxidative stress of Alzheimer’s or Dementia patients.

Cannabidiol or CBD for The Treatment of Anxiety and Agitation in Alzheimer’s Dementia.

The most common syndrome faced in this scenario is anxiety and agitation in the patients. Anxiety and agitation lead them to the worst behavioral changes possible for mankind. People with these disorders lose their emotional grip and also they lose concentration on their surroundings. People with these disorders are in a very hard condition to recognize things associated with them or even right in front of them. Cannabis or CBD has the full potential to directly impact the neuro receptive organs of the human body.

The cannabinoids in cannabis interact with a network of cell receptors throughout the human body called the endocannabinoid system. This system exists in our bodies to interact with the naturally-occurring endocannabinoids, which play a role in regulating a variety of different bodily functions. Cannabinoid receptors are found in most tissues and organs but are particularly numerous in the brain. When cannabis is consumed and its cannabinoids act on these receptors, they alter the release of neurochemicals in the brain, which changes how brain cells communicate with each other. This, in turn, affects various processes within our bodies, including appetite, pain, mood, memory, and learning.

This article has everything to tell about the use of CBD for the treatment of Dementia in human beings. Dementia is a very old and receptive disease in human beings. Dementia may cause or lead the imbalances of body and soul connections. In this disease, few clinical trials have identified that cannabis can help manage behavioral symptoms in people with dementia, including agitation and aggression, but only in some cases. Dementia is a trouble-causing disease and also is very painful when it occurs. Certain conditions in Dementia when people lose their memory and control over the body may cause many issues in psychological disorders. CBD is a hope to treat anxiety, anger, and emotional disorders in the human body when they occur in Dementia. CBD helps them to regain their motor-receptive controls and also puts them at ease. 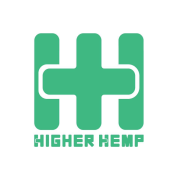 Free same-day delivery in San Diego and Orange County on orders received by 7pm. Order online 24 hours a day with free shipping on orders over $60. Satisfaction guaranteed. We accept cash on delivery and all major credit cards. Higher Hemp is proud to be the finest legal, lab-tested hemp-derived CBD source online. Our mission is to provide our community with a safe and natural way to promote wellness, while cutting down on wasteful packaging by using hemp and plant-derived plastic. We strive to provide the highest CBD concentrations at the best value in the industry. Higher quality and higher standards – that’s what Higher Hemp is all about. We offer organic hemp-derived CBD products, CBD oil, CBD flower, CBD joints, CBD vape cartridges, CBD topicals, CBD dabs, and CBD concentrates.

Allergy Medication – How to Treat Allergies

What to Expect During a Pediatric Eye Exam

How Can Orthopedics in Danbury Help?

How To Find The Best Hearing Clinic Near You