America’s capital city Washington DC is home to incredibly outstanding museums ranging from national monuments to eye-catching art installations. Board flights to Washington DC to see some of the best museums offering awesome entertaining and educational experiences and attractions that America’s capital has to offer. Browse through an exclusive list of some of the top-rated free museums at the National Mall worth exploring in DC.

Plan a visit to the National Museum of American History, located on the National Mall at Constitution Avenue. The vast museum receives over 4 million people every year. The museum prominently features a collection of more than 3 million artifacts telling the complex history of America. The Star-Spangled Banner Flag is the most famous artifact of all. The flag was hoisted above Fort McHenry in Baltimore during the War of 1812, and inspired Francis Scott Key to write the country’s national anthem. The stovepipe hat worn by President Abraham Lincoln on the fateful night of 14th April 1865 before his assassination is another treasured item displayed at the museum. Among other major exhibits at the 750,000 square-foot museum includes Dorothy’s ruby slippers from The Wizard of Oz, Julia Child’s kitchen, and the Greensboro lunch counter.

The National Gallery of Art is one of the world’s most important art museums located on the National Mall. Visited by over 4 million people every year, the National Gallery of Art showcases masterpieces dating from the 12th century to the present times. It was founded in 1937, and currently housed in two buildings – the classical-style West Building and the modern-style East Building. The museum also has a sculpture garden. The West Building mostly showcases the art collection before the 20th century, while the East Building has a collection of modern and contemporary art. The art masterpieces displayed at the museum date from the Middle-Ages to the present times, and include photographs, prints, drawings, sculptures and paintings. The masterpieces of greatest artists such as Picasso, Leonardo da Vinci, Mark Rothko, Andy Warhol, Jackson Pollock, Irving Penn, Van Gogh, Degas, Monet, Rembrandt, El Greco, Rubens, Raphael, Giotto, Duccio da Buoninsegna, just to name a few, are prominently displayed at the National Gallery of Art. The museum also offers public programs such as classical concerts and art history movies, as well as hands-on activities for kids. Consider visiting during the winter to enjoy at the outdoor ice-skating rink situated in the center of the sculpture garden.

Space and aviation aficionados will love visiting the National Air and Space Museum in Washington, dedicated to aviation and human space flight. It is one of the popular museums in the USA and world, and visited by over 7 million people every year. An important part of the Smithsonian Institution, the museum is situated on the National Mall, with close proximity to other museums and cultural centers. Founded in 1976, the National Air and Space Museum is presently housed in an impressive stone-and-glass building, and displays an amazing permanent collection such as historical documents, models, technical artifacts, spacecraft, aircrafts, videos, films, photographs, and multimedia installations. The over 60,000 pieces of collection at the museum on display include the X-15 rocket aircraft, a Voyager spacecraft, a Saturn V engine, a touchable lunar rock, the Apollo 11 Command Module, a Japanese Zero fighter, a Messerschmitt Me 262, Charles Lindberg’s Spirit of Saint Louis, the Wright Flyer, along with many other scientific and technical exhibits.

These are just a few top museums mentioned here. This list of museums in America’s capital is endless. Get access to even more museums when you buy airline tickets to visit Washington DC. An exciting adventure is just waiting for you. 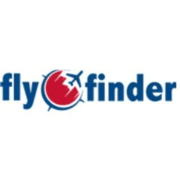 I am Aimee Clifton, I like to write travel articles. I have been fond of traveling since childhood, as an American I have explored the U.S tourist destinations a lot, but I want to see every country in the world.