If you are from the city and you’re trying to relocate in the suburbs, it’s likely that for the first time you’re looking into a home’s septic tank. This process can make home buyers nervous. However, you do not need to worry as long as you get the right information to guide you. You have to research and learn the functionalities of a septic tank. You must gather information on how the septic systems work, how it is maintained, and what you’ll do if you’re buying a home that uses a septic tank. A septic system is a self-contained system that is utilized for disposing of sewerage.

A septic tank found in an underground system that’s made by a solid frame, such as fiberglass, plastic, or cement. The wastewater coming from toilets or sinks would stream to the tank beneath the soil where it will be treated. Settling procedures and anaerobic processes are the treatments used to dissolve solids within the wastewater. However, treatment proficiency must be enough to dissolve the solids. Treatments and anaerobic processes are fundamental processes that are part of the septic system.

Locations that have no access to public sewerage infrastructure utilize septic systems to manage their sewage. Suburban and rural areas mostly use a septic infrastructure to handle their wastewater. The treated fluid is generally streamed to a septic channel field, which provides the further treatment needed. In any case, groundwater contamination may happen and may cause a serious problem for the community if the septic systems are not maintained.

The word “septic” refers to the anaerobic bacterial condition that occurs within the tank that decays or breaks down the waste released into the tank. Septic tanks are often connected to other nearby wastewater treatment units. The system would most frequently have a holding tank during which enzyme and bacterial action decomposes the waste and buried lines during a drainage field use soil to strain out whatever matter remains.

Homeowners need permits to build any septic system in their place. The septic infrastructure’s size is usually issued with the specifications of the home’s number of bedrooms, as well as the lot where the house is built. Other factors that are taken into consideration which affect the issuance of the permit include how well the soil percolates on the lot and how groundwater drains through the soil. It typically costs between $6,000 and $10,000 to construct a standard septic system in the United States. Systems are usually adequate for the dimensions of the house as determined by the issued permit.

Some jurisdictions require that septic tanks be pumped regularly or periodically. There are companies that specialize in this sector. In some areas, pumping a septic tank costs between $200-$300. There are various things that a buyer can do when purchasing a home with a septic system to attenuate the likelihood of getting a good deal. You must negotiate the contract between you and the seller that the septic tank will be subjected to a septic inspection and pumping. You can ask the seller to sign an affidavit stating that there is an adequate permit that was issued for the number of bedrooms the house has.

You can check the home’s documents at the courthouse yourself. It’s best to call and ask for the department handling the permits. You can call the specific department and ask about the archived information on your prospective home. Check the condition of the water hours after a heavy rain occurred in the area. There should never be any unpleasant odor related to a septic system. Identify the type of soil where the house is built to determine if it is conducive for a septic infrastructure to function effectively.

High water tables are often encountered near large bodies of water such as the sea and marshy areas. Well-built septic systems can handle problem areas for many years. Frequent maintenance also ensures that the septic systems are efficient.

Locations that require septic systems but have a type of soil that drains poorly require alternative systems. Nonetheless, the alternatives are expensive which ranges from $18,000 to $60,000. Other systems aren’t fully developed in most areas with poor draining fields. The septic system remains a serious sewerage system in areas where public infrastructures aren’t available. 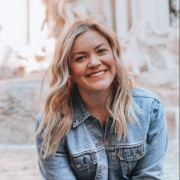 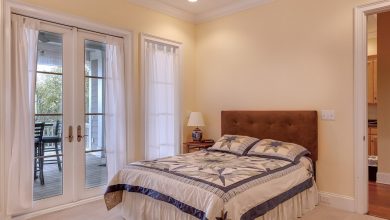 Give a Stunning Look to your Home with our Curtains Dubai

Improve your lawn with these landscaping tips

Flooring Trends to Give Your Home a Luxury Look