Ever thought? Would cross-platform app development be parallel to native?

This was just a thought until Flutter came up. Since the time Google stepped in with its cross-platform application development framework Flutter, the definition of cross-platform has changed. Be it application execution, speed, look, feel anything you cherished in a native application can be practiced in a Flutter application. Flutter makes each engineer’s heart flutter all through its app development advancement.

The success of apps built with Flutter is stimulating others to give a shot to Flutter app development. After all, it is a way too economical solution to enduring the cut-throat competitive market. If you are wondering what Google’s Flutter is, let us take you through some of its formal definitions.

Flutter is an open-source UI software development kit created by Google. It is used to build applications for Android, iOS, Windows, Mac, Linux, Google Fuchsia, and the web from a single codebase. – Wikipedia

Moreover, Flutter is written in C, C++, and Dart. Dart is an object-oriented, compiled programming language powered by Google. Further, Flutter uses Dart to write the code that eliminates a JavaScript bridge’s need to compile the code into native. The fusion of Flutter and Dart is just lit!

If you ask what is so special about this framework that it comes first in cross-platform app development, then stick here. The next ride is through the specialties of Flutter.

What makes Flutter stand apart from other cross-platform frameworks?

Flutter is a free and open-source software development kit that means anyone can get started with Flutter in a matter of minutes. The nitty-gritty documentation is accessible on Flutter’s official site that helps every dev to understand any part of Flutter.

No matter if you are new to Flutter or a newbie programmer, Flutter documentation always got your back. It encompasses all bits and bytes right from the installation to set up and start coding. The only part you have to perform is to get familiar with Dart as Flutter uses it to write the code. However, like Flutter, Dart is also open-source and easy to learn.

Writing once, deploy anywhere is a standard term for all cross-platform frameworks, but Flutter is ahead. It offers up to 90% code reusability to develop an Android and iOS app at the same time. With the maximum reusable codebase, Flutter lets you develop UI widgets to reuse already defined logic for consistent user experience.

As we speak, Flutter is allowing us to reuse the codebase for developing iOS and Android. Nevertheless, the team is working to accomplish an integrated solution to build web, desktop, and mobile apps using a single codebase.

Furthermore, it supports shared packages contributed by other developers to the Flutter and Dart ecosystems that preserve you from building an app from scratch.

Hot Reload is one of the most desired tools by developers that comes with Flutter SDK. The tool saves the current app state and tons of time consumed by restarting the app while making any changes in the code.

What Hot Reload does is injects the updated source code into the ongoing Dart Virtual Machine. Once VM updates the classes, Flutter rebuilds the widget tree to show the effects of your changes. To comprehend the complete Hot Reload tool, visit here.

Flutter uses Firebase for data and backend that eliminates the need to maintain your own server. Firebase is also a Google-backed Backend-as-a-Service (BaaS) platform. It offers hosted backend services that include a real-time database, cloud storage, authentication, machine learning, crash reporting, remote configuration, and hosting for your static files.

Flutter’s widgets are a gem that helps the framework to stand apart from others. The reason being Flutter uses its own high-performance providing engine to create widgets without using WebView or OEM widgets. Furthermore, the widget system is designed to be customizable. That means it gives complete control over the visual and interaction design of widgets with code reusability.

Besides, Flutter offers a vast array of animation that you add to your app to enhance the UI experience to an extent. You can make your app UI more intuitive using the right animation package.

Flutter uplifts developers’ convenience by offering multiple IDEs and editors support to develop a native-like cross-platform application. It supports IDEs like Android Studio, IntelliJ IDEA, and VS Code. In contrast, it enables you to use a combination of Flutter command in a terminal and any editor that supports Dart editing.

So, if you are a fan of a cross-platform app development solution, then Flutter is a hero. Flutter makes it a cherry pie to achieve many high qualities with extensive intuitive and polished UI. Today, Flutter has become the first preference when it comes to developing and market the app in a short time. It is an ideal choice for an MVP and startup project.

Why Flutter for developing an MVP or your startup in 2020?

MVP is a Minimum Viable Product that has become generic to let your target audience use the app and provide feedback before launching the final app. The MVP consists of essential features and needs to be developed and marketed as soon as possible.

Besides, when you are starting up any business, then you must consider a sensible solution with quick turnaround time and business possibilities. Considering all things, hiring individual developers and building an iOS and Android app is a lot expensive, time-consuming, and ultraconservative. At that time, acquiring cross-platform app development is a smart choice.

If you think that there are many cross-platform frameworks such as React Native, Ionic, and Xamarin, why choose Flutter? It would be best if you glimpsed the below listed several benefits that cannot be leveraged with any other frameworks.

Flutter is not a baby of Google anymore. It has all grown up now. To prove the Flutter’s competence, its early adopters to recently experienced developers are living proof. Of course, it has some drawbacks, but in the context of its benefits, it can be avoided. Flutter offers many possibilities to overcome defects and let you create a spotless, beautiful app.

Well, until you try it, you won’t be able to comprehend the framework fully. So, what are you waiting for? Give it a shot ASAP and start reaping the rewards from day one of launching. 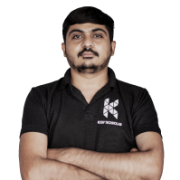 Why Your Startup Business Needs A Mobile Application?

What is the list of resources required for Shopify Theme Development?

8 Apps for Kids with Special Needs