Twitter is one of the major players in the social media marketing environment. With over 330 million monthly active users on this social media platform, businesses and marketers could easily benefit from joining.

Twitter has been used as a marketing channel by various brands and businesses many times that means it is high time for you to use it. Big screens like social walls allow you to broadcast your live Twitter feed coming from the social networks to boost user engagement.

A social media wall is a good way to motivate its audience to communicate on your operations. You can even know if anyone is using the hashtag of your event with social media.

Best Tips to Get Your Tweets on Big Screen

Tweet While the Thing is Taking Place i.e. Stay Timely

It is important to stay timely while sharing your tweet. Since no social media event promoter will share your tweet that happened in the early part of the day. When you are not being timely, it will not matter how good or humorous the tweet was.

Instead of Only Texting, Stay Visual As Well

Simply posting text-only tweets will not do the work for those who want to watch text made large on the big screen. Thus you can add an element of visually to your posts.

This can be done by taking pictures of what’s going on around. Besides, you can use the GIF feature to add movement in your tweet.

Always stay passionate about what is happening around you and to wish to get on the big screen then do a few tweets. It is a good idea to mix up the language so that you are not just posting the same thing every time. The social media event promoters might ignore you at first, however when you tweet more times, it lands in their feed and they might hit the accept or publish button.

Just Be Yourself While Tweeting

Don’t be like everyone else on twitter, as it can be the worst thing. You need to come up with your personality while tweeting.

It may be a simple tip, however, not many of the people do it as they think it’s not professional. However, by staying yourself you can combine  your personality and still be professional.

Since the social media event promoters always wish to display quality material on the screen that grabs more audience attention. Thus try creating one like that.

Make Use of Appropriate and Applicable Hashtag

While posting a tweet make use of appropriate hashtags related to the event. Keep in mind while leveraging the hashtag in your tweet keep it short and precise. The event promoter will show up the tweet that suits best to their social event and keep their audience engaged.

Live Tweeting During an Event

Twitter is nowadays a familiar social media platform among all individuals. Also, it is a good platform to know instantly what is happening around the world. Thus everyone nowadays uses this platform therefore you will find more number of people seeing your tweet on the big screen.

Twitter is an extraordinary social media platform to reap the benefits from. Thus take your time to customize your tweets and that talk with others. A few of the pro tips are already explained above to get your tweets on the big screen. It will help you build stronger ties with the audience by sharing interesting content.

Thus it is very necessary to go through once what tweet you are tweeting? Is it relevant to the event? You can also make use of relevant event hashtags to make your tweet display on a live social wall. Make the people interested in what you have to say on twitter. 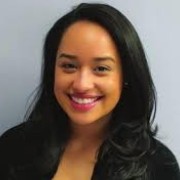 How Use Customized Boxes with Logo to Boost Sales?

How to Create a Taxi Business Application and making it an Cost Effective Essential basic thing.