What’s the technology behind the most disruptive apps like Instagram, Airbnb, and UberEats, etc.? Well, all of them have been developed using React Native. React Native has been chosen by some of the biggest brands in the world to develop their apps. Full-stack web development services are now offering React Native development to their clients owing to this increasing popularity of React Native.

What is React Native?

Essentially, it is a JavaScript-based framework that was duly created by Facebook. It allows a mobile application development company to build and develop native applications in JavaScript. Relying too much on HTML was a mistake as accepted by Mark Zuckerberg, CEO of Facebook. Hence, the company came up with this framework for the UI of their app and even making it open source too.

A React Native app is much more stable and has a modular architecture. It allows the developer better coding and provides pre-loaded elements. It is best-suited for cross-platform development as it guarantees stability along with provides a modular architecture and even is a quite budget-friendly solution that has better and optimal performance. At the same time, it utilizes API’s native components, unlike other platforms.

In-depth Knowledge and Expertise in JavaScript

It is an established fact that JavaScript is essentially the heart of React Native since the entire technology is based on it. Hence, your dedicated full-stack developers should have the expertise and in-depth about JavaScript to develop components and even developing the entire application. Whenever you ask the selected development team some technical questions, it will provide you with an idea of whether they are well-versed with the language or not.

Certainly, there are circumstances where the full-stack react native developers will have to work with native tools. Hence, if they are familiar or have experience with native Android and iOS development, then that would be an added advantage. Hence, hire React Native developer who has been involved in native Android and iOS development in previous projects.

If you wish to custom code the entire backend of the mobile app, you need to finalize the particular backend programming language first. It will provide you with much more clarity in the entire process of hiring a React Native developer. Imagine you wish to develop the backend of the app utilizing Python. Hence the developer needs to be adept in the core Python language, along with any of its frameworks like Django, development or even customization of RESTful APIs, as well as object-relational mappers, also known as ORM, and database as well as certain frontend skills like HTML or CSS.

In each development process, detection as well as fixing the errors in the code is quite mandatory. Hence, you should make sure that your React Native app developer has the capability of resolving bugs.

Knowledge of a variety of React Native Development Tools:

The React Native developer you hire should be familiar with numerous tools of React Native app development. It will provide you with an additional advantage. It is majorly because utilizing any of these different tools can easily speed up the entire development process of the mobile app.

Even though the hard skills of a React Native developer essentially lay the entire foundation of the app development project. His or her soft skills assist the project to progress in a particularly right direction. In order to achieve major success down the road, the developer should have the necessary soft skills. These skills help in better teamwork and having meaningful communication with the rest of the team as well as clients.

The developer should always follow the rules which are included in certain guidelines such as the Google JS Style Guide. Also, following the different coding guidelines makes it quite easier for another developer to understand the code if a need arises easily. Clear and concise code also helps in finding errors and fixing bugs much easier.

As a technical developer, everyone knows that software and hardware revolve around a particularly steady rate. Hence you should hire a developer who has a thirst for learning or knowledge as well as can easily adapt his or her skills as per the emerging trends. As React Native is constantly updating and inculcating new tools, the adaptability of the developer plays a crucial role.

It doesn’t matter what an individual full-stack react native developer does, and they’re certainly comes a time when the developer needs to work with a given team. Hence, coordinating well with others will certainly help in making the entire custom React Native application development project successful.

Over the years, mobile apps have become an essential part of the daily lives of people. With the increasing demand for mobile apps, full-stack web development services are always looking for frameworks that help in developing robust and intuitive apps. In this regard, React Native is certainly morphed into the best possible framework. React Native development has leapfrogged over the years owing to easier access to libraries as well as plugins smoothen the entire development phase.

Along with this, the developers should have great soft and communication skills. Also, he or she should be quite able to adapt according to new technology trends and even work easily in a team. Depending on the type of project, you should check the soft and hard skills of the full-stack React Native developer. 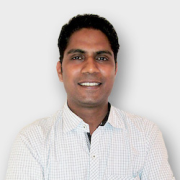 Tarun Nagar is the Founder & CEO of Dev Technosys, a global ranking eCommerce web development company in Dubai. With 11+ years of experience of enabling then Startups which are now global leaders with creative solutions, he is differentiated by out-of-the-box IT solutions throughout the domain. He is known for his visionary qualities and adaptability for technology and trends, passionate as he is in every aspect dedicated to making IT simple, accessible and approachable for business enterprises.

Why Lighting Is Crucial When Decorating a Space

Why WooCommerce Is Best For An Online Store?