50 year old female during routine follow up was diagnosed to have mild pericardial effusion. She was started empirically on 4 drugs anti tuberculosis therapy (ATT). She tolerated the therapy well and on completion of intensive phase her pericardial effusion disappeared. She was maintained on isoniazid, rifampicin and ethambutol therapy. 4 months after starting ATT, she noticed jaundice and consulted her physician who stopped ATT and started her on Ursodeoxycholic acid. However, her jaundice worsened and that is when she presented to Zydus Hospitals.

At the first visit she had full blown liver failure. Her reports showed a bilirubin of 14 mg/dl, AST 157 IU/ml, ALT 90 IU/ml, Albumin 2.9 mg/dl and a International Normalized Ratio (PT-INR) of 7.1. Her ultrasound showed mild ascites and hypo echoic liver. She had over encephalopathy with flaps on examination. She was counseled about the need for liver transplant and was admitted in the intensive care unit. She was started on ACUTE LIVER FAILURE treatment protocol and at the same time her work up for liver transplant was carried out. All other etiological workup was negative except positivity of Anti-Nuclear Antibody (ANA). The donor was also identified. She was continued for hepato-safe ATT. She underwent a Transjugular liver biopsy which showed changes of chronic hepatitis with histiocytes within the hepatocytes. Even liver copper was elevated.

She responded to our Acute Liver Failure treatment and her PT-INR as well as Bilirubin started showing improving trend. Her sensorium also improved and her ascites disappeared. She was shifted out of intensive care and was discharged 15 days after admission without a liver transplant. Her ATT was stopped 3 months post discharge. She is now 1 year follow-up with no evidence of chronic liver disease or recurrence of tuberculosis. She is off all treatments and is on 6 monthly observation

Learning Points in this case 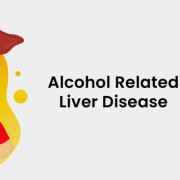 stomach cancer symptoms: How to manage It ?

What are the Early Symptoms & Signs of Breast Cancer?