On December 9, 2020, the US Federal Trade Commission (FTC) filed. A lawsuit against Facebook , stating a number of demands, incl. On the alienation of Instagram and WhatsApp.

The position of the FTC is interesting and revealing, because illustrates a number of disturbing global trends of our time.

Among them is the growth in power (economic, political) of digital giants and the associated movement towards abandoning the fundamental principle of competition law:

dominance in itself, in the absence of abuse of it, is not a violation of antitrust laws.

Where are the origins of these trends? What are the FTC‘s arguments? Is it possible to consider her approach promising from the point of view of public welfare? Why is legal liability holding back the growth of social media? What is their responsibility in the US and Russia?

The FTC pays great attention to the network effects and switching costs that exist in the market for personal social networks (and in general any infrastructure services, i.e. those that provide interaction between consumers) and create prerequisites for its monopolization.

The FTC also provides a fragment of M. Zuckerberg’s correspondence. It appears that the founder of Facebook initiated the acquisition of Instagram (and subsequently WhatsApp) with network effects in mind and the desire to use them to monopolize the market:

Thus, the FTC intends to create a judicial precedent; a general rule against mergers and acquisitions in markets with network effects for dominant companies , regardless of the share of the merged company, but possibly taking into account the cost of the transaction.

However, the FTC does not appear to insist that the ban should be absolute. Rather, it is about establishing a rebuttable presumption of restriction of competition by such mergers, with the dominant right to prove their admissibility.

Such an initiative can be generally assessed positively (if the intention of the FTC is really like that).

Still, the FTC is proposing a retrospective ban on the merger by ordering Facebook to sell the previously acquired Instagram and/or WhatsApp assets. Such an initiative cannot be assessed unambiguously for the following reasons.

4.2. The principle of good faith

The FTC’s arguments are contrary to the general legal principle of good faith.

So, if we consider the arguments of the FTC with the so-called. Russian antimonopoly legislation , then the following will turn out.

Facebook is accused of abusing its dominant position by preventing other business entities from entering the personal social media market, i.e. acquisition of assets of real and (or) potential competitors ( clause 9, part 1, article 10 of the Law on Protection of Competition).

In addition, Facebook is charged with calling other business entities unfavorable and anti-competitive conditions for access to the API ( part 5 of article 10 , part 2 of article 11 of the Law on Protection of Competition).

It turns out – three violations, which may correspond to the concept of “systematic implementation of monopolistic activities” ( clause 11, article 4 of the Law on Protection of Competition).

The consequence is the possibility of a forced division of Facebook at the suit of the antimonopoly authority ( Article 38 of the Law on Protection of Competition).

However, such logic has a legal flaw, because. denies an important competitive law principle, namely the principle of good faith. One of its corollaries is the public good faith rule. If a person’s good faith is publicly established by the state, then it is assumed.

So, if the antimonopoly authority approved the merger of companies. It actually confirmed the legality of the actions of all participants in the latter, incl. conscientiousness. This means that any actions taken in connection with this merger cannot be recognized as illegal, i.e. violating antimonopoly prohibitions, except as otherwise expressly provided by law.

It turns out that instead of the three violations required by paragraph 11 of Article 4 of the Law on Protection of Competition, only one remains; both mergers previously approved by the competition authority are removed from the list of violations.

It seems that this principle becomes especially important in the conditions of the modern economy. After all, the merger of digital companies in itself is like creating barriers to the entry of real or potential competitors into markets with network effects.

So, if the competition authority has previously approved a merger, it cannot subsequently determine this merger as an abuse of dominance or monopolistic activity.

concept of a dominant position

US federal law does not know the concept of a dominant position, as well as its abuse, but the concepts of monopoly, monopolization are used there.

The US Code (USC) contains a number of special rules governing relations in the field of economic concentration control, primarily 15 USC § 18 – 19.

Some USC rules are devoted to certain types of monopolization (for example, the creation of discriminatory conditions). At the same time, 15 USC § 45 (a) contains a rule that combines many unnamed antitrust violations. The FTC accuses Facebook of violating this rule.

It is noteworthy that this norm was conceived by the US Congress as “rubber“.

It is a ubiquitous management mantra that customer retention is much cheaper than customer acquisition. A measly 5% customer retention equates to an increase in profit of 25%! So who should get the lion’s share of resources while building a company? Customer support, of course!

More people are using social media from the last couple of years. They are scrolling more often, discovering brands, shopping, and interacting with them at the same time. Businesses that failed to switch online, especially to social media, slowly became irrelevant during the pandemic.

The most popular social networks Facebook, WhatsApp, and Instagram have rolled out features to support businesses conduct and interact with users on the platforms. But, how are they different? What is the difference in offering customer support on these three networks? WhatsApp vs Facebook vs Instagram – Let’s settle the debate. 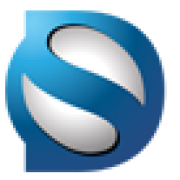 How You Can Easily Sell Gold Delhi NCR