The US EB 5 visa program was created in the year 1990 by the Immigration Act of 1990. Today, this program provides a way for eligible immigrant investors to become permanent residents of the United States lawfully or become green card holders by investing at least $900,000 to finance a business that hires at least ten American workers. This program is also known as employment-based fifth preference category or immigrant investor program. There are a massive number of investors that use this program by investing in a targeted employment area that is a rural area with high unemployment which reduces the amount of investment.

The main aim of this program is to encourage both foreign investments and economic growth. EB 5 visa program is one of five employment-based preference programs in the United States. Applicants have an option to invest individually, or they can select to work a larger investor pool via regional centers, which can be approved by third-party intermediaries that interlink foreign investors with developers who are seeking funding and take a commission. These regional centers can be private, for-profit businesses that are approved by the United States Citizenship and Immigration Services, shortly known as USCIS, which is the part of the Department of Homeland Security.

According to the survey, 78,278 investors have applied for EB 5 visa program in the year 2020, and the majority of them have selected EB5 real estate project. In general, foreign investors come from countries like China, South Korea, Taiwan, and the United Kingdom. Some of the applicants are from India, Vietnam, Brazil, Mexico, and Nigeria. There are so many benefits of choosing this program. Hence, if you are interested in investing in the US economy, but want more clarity, here are some of the benefits that will help you make the right decision:

Presently, there are several companies that help foreign investors in getting their EB 5 visa without any hassle. Get in touch with a reliable service provider to make your process easier and smooth. 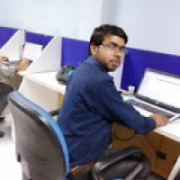 Taste the Food and Drinks in Bennington Vermont Place