As a burgeoning economy, foreign investment and industrial growth are crucial. With this plan in view, the inception of the first Special Economic Zone or SEZ was on April 1, 2000. The economic zones of India are supported with infrastructural and tariff-free features, similar to the SEZ models of China, Kazakhstan, Poland, Jordan, Philippines, and Russia. Before we divulge into the benefits of the Special Economic zone, let’s have a preliminary understanding of SEZs and the various SEZ zones in India.

What are Special Economic Zones?

The SEZs are specially designated areas within the country created solely for trade operations, duties and tariffs. The economic laws within this zone are different from the country’s economic laws. The primary agenda of the zones is to provide an active ground for foreign investments. The other objectives through SEZs include:

The Gopalpur Industrial Park & SEZ is an example of SEZ establishment in India along the east coast at Gopalpur. Renamed as the Tata Steel Special Economic Zone Limited, this ‘SEZ India Invest’ made on 2,970 acres of land is a promising industrial park to the economic landscape of the country.

To attract foreign investments, the government provides several facilities and incentives to the established and operational SEZs

Besides the incentives mentioned earlier, there are individual facilities provided by state governments to the SEZs in their jurisdiction.

The primary agenda of SEZs are to scale up exports and ensure a prioritized role in business. Along with added benefits in shaping the economic climate of the country, the SEZ also provide employment opportunities. With buoyant infrastructure and tax benefits, the SEZs are convergent with necessities for foreign investment. The SEZ has envisaged a prominent role on the Indian economic map. With a 13.39% higher growth in 2017-2018, SEZs continue to prove their success. 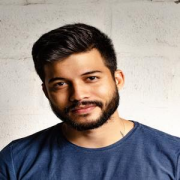 Sunil is a reader and a Professional Blogger that contributes to the reader's community to enrich their knowledge by his qualitative posts. He likes to write on several niches and know exactly what readers want from the article

Secure long life by providing AC maintenance to your AC

What is a Landscape Contractor?

Tips for Starting a Small Business by Michael Todd Sestak