A Spectrometer can be defined as a scientific instrument that serves the purpose of measuring the wavelengths of light over a vast range of the electromagnetic spectrum. The use of a Spectrometer can extend to the spectroscopic analysis of the sample materials. In other words, it can be described as a scientific device, used by scientists to gather and determine detailed information about a particular object or substance through the examination of its light properties.

The incident light of the light source can be transmitted, reflected, and even absorbed through the sample. Therefore, the changes and alterations which occur between the interactions in incident light with the sample disclose the sample characteristics.

Generally, there are two types of radiation sources that are generated within the spectrometer– which can be recognized as continuous and line sources.

Before discussing in detail the various aspects of a Spectroscope, let us understand its origin and how it came into use.

The history of this scientific instrument takes us back to around 300 BC when the work began with spherical mirrors. It was in the 17th century when Isaac Newton invented the word which is known as spectrum. Spectrum was used to describe the wide range of colors that are formed through the scattering of light through a prism.

The use of initial spectrometers was witnessed in the 19th century by several scientists. Earlier, these devices used only small lenses and slits. This lets the light pass through the prism to refract the light into a spectrum, ready to be projected through a tube for its analysis.

Various Components of a Spectrometer:

A part which is defined as the most flexible spectroradiometer platform.

Comprises of a filter wheel with four types of optical densities:

Allows the light to enter and controls the resolution.

This mirror reflects the beam of light and alters them to make them parallel before they finally reach the diffraction grating.

Another name for the detector is Charged Coupled Device.

Uses of a Spectrometer:

Some of the major applications of this device are as follows:

LET US HAVE AN INSIGHT ON VARIOUS TYPES:

Optical Spectrometers work on the principle of optical dispersion. They signify the depth of light as a function of frequency. Furthermore, the deflection is caused by the diffraction in the diffraction grating.

This type of scientific device is used to measure the type along with the chemicals present in the sample. This device measures the mass to charge ratio and the gas phase ions.

The momentum of charged particles is measured by this scientific instrument. This process is possible by passing the particles through a magnetic field.

This device is used to measure the energy spectrum of the particles by examining the time of flight amongst both the detectors.

Since you know all the major types of this scientific device, now you can easily search up the best Spectrometer Manufacturers and Spectrometer Suppliers in India to make a decision. Choose the device which will serve the purpose of fulfilling all the essential requirements.

WHAT FUNCTIONS DOES A SPECTROMETER SERVE?

The Spectrometer Manufacturer and Spectrometer Supplier in India deal with various kinds of such devices which comprise all these integral functions which are inbuilt in the device.

In this current era of technology, there are several medical and scientific instruments such as eye testing machines and ultrasound probes which are collaborated within Smartphone technology.

One of the most current advancements in the technological sector is the Iphone cradle, discovered by researchers from Illinois.

The device here serves the purpose of detecting light in the sample liquid by using a series of phone cameras and optical parts. Moreover, the light spectrum is then further compared with the target molecules such as bacteria and toxins, thereby examining the characteristics of the sample.

It is indeed a treat to acknowledge the new advancements in the area of scientific study in our everyday lives. 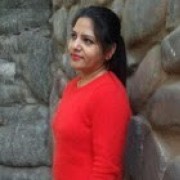