The Australian women’s cricket team has shown its expertise in the field of cricket, both on and off of it. They have passed every challenge presented to them. The shift of focus to the digitalisation of cricket content and the promotion of the current technological advancements has permitted Australian Cricket to spread the glorious tale of the most triumphant cricket team all over the world. They are not only the reigning champions of the T20 World Cup, The Ashes Cup, but also hold the most extensive record of wins when it comes to international one-day cricket.

Women’s Big Bash League of Australia (WBBL), which is in its fifth season right now, has already established itself among the best women’s cricket league worldwide and its audience ratings keep increasing annually. Due to digital access, live games are available to increased viewership. The daily matches are transmitted on the television and several international networks.

Their streaming services saw a growth of 38% during the WBBL season of 2018. The outcome was a whopping average of 75,000 minutes being streamed on TVs for every match and above 10 million minutes available for people’s consumption for an eight-week long cricket season.

These new digital platforms being used by Cricket Australia are efficiently maximising the coverage of the women’s cricket tournament. They include international tours of the national women’s team and the behind-the-scenes visual content.

In the meantime, access to excellent relay footage and streaming courtesies has given Australian cricket the modes to provide additional promotional support for women’s cricket.  These modern digital innovations provide game highlights and other short-form content ready for commercial distribution.

These digital content coalitions have boosted the reach for a broadened audience beyond the confines of conventional cricket.

These partnerships with corporations like Mamamia help make this world a better place where women and girls can grow and find purpose. Facebook also turns into an impressive tool when live streaming the WBBL tournaments to reach a bigger audience. Such advancements in Technology and digitalisation make the automation of visual content highlights, provided by the AI platform of WSC Sports, straightforward. They will also serve by bringing out more Women’s Cricket content, particularly in the configuration of short-form visual aids. Their capacity can reach above 100 posts on any given tournament day all over numerous channels. The power of social media has been on the rise for the past few years. Its speed, popularity, applicability and genuineness are vital in fulfilling the appetites of the cricket buffs in the best possible way. This keeps the fans updated of the latest content for women’s cricket.

The audiovisual content and the usage of modern technology have been influential in enabling women’s cricket to thrive in Australia to its best possible potential. And this is only the beginning of a brighter and smarter future ahead. Australia hosted the ICC Women’s T20 World Cup in the months of February and March. Even the ICC business partners are endorsing the attention and involvement of the fans with the ever famous Nissan “Player of the Day” that can be accessed through the ICC’s official Website and its App. Cricket buffs can vote for the main categories every day of the contest. There are even selfie contests that allow fans to upload their pictures so that they can be featured on the official web portal.

The Champions Trophy matches were live-streamed in maximum regions in Continental Europe and South-East Asia. This gives the fans worldwide to continue enjoying creative content all across the Facebook page of the ICC, including Facebook Live videos in collaboration with distinguished commentators and participants. It also comprises expert commentary and masterclasses by the squad.

Just imagine being a fan and getting the chance to all the missed out post-match responses even to win a video conference with your favourite cricket experts. Digital Innovation makes all of this possible, increasing the popularity of cricket amidst Australian people. 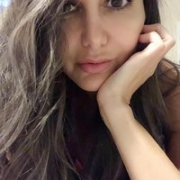 Xbox Live Gets A Rebrand