The name microbrewery also knows a craft brewery. The brewery produces small amounts of beer by using the local ingredients, including hops, in most cases. The production is quite low when compared to the large-scale beer breweries, and the craft brewery is also owned independently. These breweries emphasize the brewing technique, flavor, and quality. Brewpubs sell the beer they brew by themselves. While the craft beer movement started in the 1970s, it is gaining widespread popularity in countries including Russia and the USA.

The Rise of Craft Beer

The taste buds of alcoholics may be searching for new tastes, and the craft beer revolution brings them a wide variety of options. The beers are grown locally and hence are not costly. Favorable climatic conditions in countries, including the USA and Russia, provide for the development of a wide variety of hops. Therefore, the brewers can grow a range of beer varieties at home itself. In countries like Russia, where Western sanctions stopped the inflow of foreign liquor and beer, craft beers are no less than a boon for the local beer and alcohol lovers. In the USA, the government has taken affirmative steps to ensure that the homegrown brewery industry gets enough support to sustain itself in the face of competition. The exceptions that the government provides help the craft brewers serve customers right from the tapping room.

According to the American Brewing Association, four markets in the country may form the craft beer industry and segment. These include:

The craft beer movement revived in the USA in the 1960s, and earlier, people at large did not know what is craft beer. While earlier, the consumers were only white males with high incomes, the trend has now changed. Craft beer is now being liked and preferred by people of all groups, genders, ethnic diversities, and color. It is now readily available at the popular bars, and the craft beers now have taken their place, besides the top brands. Some bars are also offering the restaurant facility, and hence it becomes more enjoyable for the beer lovers to choose the drink and relax while spending the night in a fun-filled environment.

The local craft brewers are competing on the grounds of diversity and quality, and not on factors like price. The use of can by the local breweries is also increasing and has doubled in the past few years. These cans do not allow oxidization and do not allow the light to enter inside, which prevents spoilage of beer. Now the beer can also be packed and transported quickly, and hence it is easy for all to consume the favorite local tastes at any place they want, whether it is indoors or outdoors.

The production of craft beer has doubled between the years 2011 and 2016, according to the Brewers Association. There are more than 7500 breweries in the country now, and more and more local craft beer bars and breweries are also opening by every passing day. The offerings are a viable option for all beer consumers. Because there is an abysmal variety of hops available, the tastes can vary a lot. As more and more people want to venture into the segment, the competition is also getting fierce. Apart from creating new flavors, the craft brewer is also looking to develop new and innovative ideas for marketing, among other areas of beer production and sales. 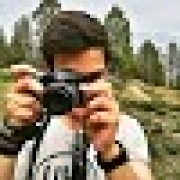 Lift Your Libido with These 10 Natural Tips

What is the Perfect Time to Make Christmas Cake?