The use of social media has increased exponentially in recent times, and people are getting famous overnight now. Initially, social media was created to bring friends and family together and closer and make this world a global village so that everyone can reach each other without being restricted by the physical boundaries of the countries or the distance created between them. Facebook is known widely to connect people but over time business and entertainment entered this virtual world as well and now if not ahead then at least TikTok is almost going parallel to Facebook and other social media apps to keep people connected and entertained at the same time.

Recently Tiktok has been a hot topic all over the world as of their most famous tiktokers who have followers in many millions, its banning situation in different countries, and this app rejecting the world’s leading company Microsoft and opting Oracle for its new partner instead.

Tiktok is getting popular day by day and is about to beat the well known social website Instagram also. Tiktok is a platform where its users create video clips of themselves with a soundtrack in the background. Tiktok has made it easy to get famous for the people who know how to act and have a cellphone but the recent news of banning this app in the US has left all of us in shock. Some countries mainly India, Pakistan, and Bangladesh have already banned TikTok but the reasons for all of them were different.

Tiktok is a social media app offering its users to make short video clips of 15 second, its addictive and engaging interface keep its users watching the videos for two to three hours straight without a pinch of boredom. Tiktok offers its users to use different filters, background music, soundtracks as well as allow them to collaborate with others, despite living millions of feet apart from each other.

The word “TIKTOK” is a phoneme of the sound of the clock and has been launched as a startup social media app by ByteDance in China in 2016.

Since the digital market is revolutionizing the business world and almost every second brand is targeting their audience through social media and what is better than a platform with already 2 billion people on it, yes that is TikTok and hence users with a larger amount of followers are approached for the branding of different projects. According to a rough estimate, more than 98 million USD have been earned by TikTok so far by advertisements.

Tiktok offers in-app purchases of coins and trying to run the ads on its app to help build an audience for the global market as well.

Tiktok is a popular app but this couldn’t be saved from a hot topic of controversy. In recent years TikTok has been in controversies and bans now and then, in 2019 the first controversy came out when a Brazilian boy filmed his suicide video and streamed it on this app. It was after a couple of hours when the TikTok management noticed it and removed the video but they still waited a few hours before contacting the authorities respectively.

In previous months TikTok was banned in India after some tensions between India and China on the Ladakh border. According to Indian PM, this step would affect the Chinese economy.

An Australian Senator “Jim Molan” expressed his feeling about TikTok, says “A data collection service disguised as a social media”.

Tiktok has been banned in Bangladesh and Thailand over the accusations of pornographic, inappropriate, and blasphemous content. Furthermore, This app has also paid a humongous amount of 5.7 million USD to the Department of State to settle the allegations that TikTok collected data illegally from its users. it is the largest penalty ever recovered by the authorities.

Tiktok is leaving HongKong But Stays in China

According to the recent news, TikTok is leaving the Hongkong state after the new amendments in their law according to which the Hongkong govt. can order the closure of TikTok offices and their employees could face imprisonment charges as well.

Another interesting fact is that Tiktok is the only app of Chinese origin which is operated by a US citizen CEO. Tiktok is emerging as one of the leading social media platforms and with the help of its famous tiktokers it is now used to raise awareness about the corona virus, breast cancer awareness, mental health awareness, and many other social causes. 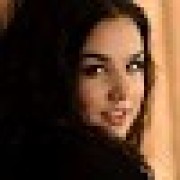 How to Purchase a Spotting Scope: Buying Guide