Full of color warmth and charm morocco overflows with beauty from the glistening waters of the Mediterranean to the sandy plains of the Sahara. Morocco has fascinated and enticed travelers for thousands of years. Morocco’s strength lies in its integral position for trade with the rest of Africa. As such the country has seen many influences infused with its own Berber traditions. from French to Spanish and others in between, each of Morocco’s cities; whether they be cosmopolitan metropolises or traditional medieval towns are ready for you to discover.

Best Towns and Cities to Visit in Morocco:

Here are our picks for the top 10 most beautiful towns and cities to visit in Morocco:

One of Morocco’s most famous cities Marrakech has become an unmissable destination in recent years for those wishing to experience the beauty of Moroccan history and culture. The old medina is famed for its abundant markets with a maze of alleys and souks revealing new treasures at every turn including aromatic spices, colorful textiles, sparkling lamps, and jeweler. The surrounding landscape around the city is equally breathtaking as the desert’s shifting sands spread out from the town meeting the snow-capped Atlas Mountains in the distance. Marrakech is one of the perfect places to go on Morocco desert tours to experience the much talked about camel ride and stay in nomad tents in the Sahara Desert.

As Morocco’s largest medieval city, Fez possesses all the unique charm and character of a much smaller town. The city features two ancient medinas; one of which Fez el Bali has been designated a UNESCO World Heritage Site for its intricate winding architecture of allies, souks courtyards, and featuring the world’s oldest university. The city has many outstanding examples of Islamic architecture from ancient madrasas to monumental mosques all beautifully decorated with tiling and arabesque patterns making the city akin to an open-air museum.

Assilah is a gorgeous seaside town on the northern coast of this Atlantic country. Assilah has a rich and varied history with roots as far back as the 16th century when it was on the Phoenicians’ main trade route. It was later captured by the Portuguese before coming under Moroccan rule in the 17th century. Each successive culture and society has left its mark on the town, making modern-day Assilah a fascinating display of Morocco‘s unique heritage. A Portuguese fortress leans precariously over the cliffs while charming blue and white Moroccan houses line the streets.

Ouarzazate may look familiar to many in numerous Hollywood films such as ‘Lawrence of Arabia’ in 1962 ‘Gladiator’ in 2000 and “The Mummy” in 1999. It is not hard to see why! The town and its surroundings are incredibly scenic, sprawling over a dramatic natural plateau and bordered by the Atlas Mountains and the Sahara Desert. The town itself is notable for its numerous examples of beautiful Berber Ksars including the Ait Hen Haddou and Atlas Studios where Morocco is transformed into a mini-Egypt with the sets and props from many of the area’s most famous films. Ouarzazate is known as the gateway to the Sahara Desert and offers a variety of Sahara Desert tours for travelers looking to explore southern Morocco.

Next on our list of top cities to visit in Morocco is Rabat. The Moroccan capital of rabat sits on the Bouregreg River banks. It is famous for its incredible Islamic architecture. The city also has strong ties to its French past. It lies on the Atlantic coast has a distinctly European coastal town atmosphere. Rabat’s kasbah is ensconced in the fortified center of the town. It is a fantastic spot to sit and soak up the atmosphere. Take a stroll to Saint Peter’s Cathedral and soak in its strange and surreal art decoration style. Then, enjoy a nice cup of refreshing mint tea at one of the numerous cafes.

Situated on the west coast of Morocco along the dazzling sea and soft sandy beaches, Essaouira is one of Morocco’s best-kept secrets, largely warding off crowds of sun-seeking tourists due to its windy conditions. Aside from the stunning natural beauty surrounding the town, Essaouira is notable for striking buildings, charming souks, and a bustling harbor filled with colorful boats. From the harbor rise the city walls drawing around colorful marketplaces, whitewashed houses, and winding alleyways. The city walls also boast a beautiful view of the surroundings from the town’s clustered buildings to the ills Peppers in the distance.

Ifrane is one of Morocco’s most surprising cities resembling a swiss mountain village more than it does its own country’s desert villages and Moorish architecture the town’s modern aesthetic is due primarily to French colonial settlers who built the town as a place to escape to during the hot summer months if rain being located high in the Atlas Mountains with snowfalls during the winter.

Besides charming clusters of inspired chalets, the town is striking for its large numbers of gardens and parks creating an oasis of lushness and tranquility within the hustle and bustle of Moroccan life.

Meknes’s historic city is one of Morocco’s many UNESCO world heritage sites gaining a place on the list for its distinctive blend of architectural styles, breathtaking monuments, and well-preserved heritage. The city is surrounded by fortified walls with nine gates providing entry to the city, each intricately decorated with tile work and arabesque patterns. The town itself is filled with beauty from the Royal palace to the numerous mosques, hammams, and gardens which decorate the streets. Spanish Moorish styles vying for attention with Islamic and European inspired architecture.

Located in the dramatic rift mountains in the north of morocco Chefchaouen is known for its striking blue houses nestled against the rough green and brown of the mountain scenery the city cascades down the mountainside each new level revealing more unique buildings colorful plants and charming cafes the old quarter of the town is heavily influenced by Islamic and Andalusian architecture from the blue painted walls and red-tiled roofs to iconic keyhole-shaped doorways and tiled passages winding through the city despite its recent increasing popularity and tourist trade Chefchaouen remains an ideal place to experience unspoiled and unique morocco.

A traditional Berber city in the Souss valley of southern Morocco. Taroudant is a fascinating place to visit. In the 16th century, the town flourished becoming a center for trade and culture with spices, rice, and cotton goods highly sought after in its markets and important buildings such as the great mosque and city walls. Today, Taroudant’s magnificent heritage is still clearly visible. The original walls still dramatically encompass the town. At the same time, the suits proudly display local handicrafts and richly embroidered carpets and remain one of the most popular markets in the entire country.

Closing Notes of Top Cities to visit in Morocco: 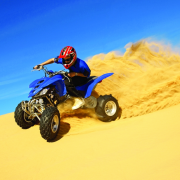 Reasons to Hire a Sober Driver in Dubai

Terms and Conditions before you Checkout Airport Car Parking Online