Willing to satisfy the wanderer inside of you by exploring something new? Have you been living in the USA for many years and are still unaware of its unique sights? The United States is as much beautiful as its size. You can see and experience plenty of adventures there. From Shining seashores to illuminated skylines, raging waterfalls, to sky-high mountains, the USA has something for everyone. As traveling abroad is still a risk, you can explore the unusual side of the country. Buckle up and pack your bags; the USA and its odd places are waiting for you! Let Nature take its course and just be ready for a travel adventure in America. There are countless treasures in about every US state. Some of them are completely bizarre that offer a unique experience to explorers. You can visit the destinations one by one and enjoy your time in the states. Below you can find unusually Odd Places to Explore in the United States.

List of Odd Places that you can explore in the United States.

Visit Glass Bech located in California’s Fort Bragg and see the creative side of nature. This beach came into existence after decades of people throwing all types of garbage into the ocean. Eventually, this garbage began washing up on the shores in the form of smooth glass pieces. Now it is a protected beach, and you are not allowed to take any finds back with you. The beach was formed from 1906-1967, and you can still find a sapphire gem made of an apothecary bottle or a red ruby from a car light that existed before 1967. Make up your mind and put this in the first position in the list of odd places to explore in the United States.

Natural Rock with a Face in Alaska

This natural rock face is made of rocks naturally formed in the Wrangell-Petersburg Census District, Alaska. It is believed to be one of the interestingly odd places to explore in the US. To see this surface, you should approach it by boat, and you will find the Sumdum glacier surrounds it in the background. This is another unusual place to visit in the United States. It shows you the power of nature because The rock really resembles the face and neck.

Cool places in America come in all shapes and sizes, and this place is unique. It is also one of the most breathtaking islands in the world. Molokai is a complete 180 from other islands in Hawaii. Although tropical and inviting, this new place does not attract crowds from other islands. This is why it is so unique, special, and one of America’s best-hidden gems. You won’t find any resorts or beach clubs on Molokai, although there are many beautiful beaches. So, make sure to book the most nearby hotel with the help of Jetblue Booking and enjoy your stay in Hawaii.

Marfa Lights first attracted attention in the 19th century, and they are still visible today. From local residents to well-known meteorologists, everyone has seen these brilliant lights. Located southeast of Marfa, along with the horizon, they seem to have no source at all. The light is impenetrable and uninhabited. The light can be white, blue, or red. They will appear randomly at night throughout the year, regardless of the weather. Along Highway 90, there is an official Marfa light viewing area 9 miles east of Marfa.

Spend a Night at the Underseal Lodge by Jules in Florida

This building is now Jules’ submarine hut and was originally used as the La Chalupa research laboratory. Looking out the window of the cabin, you will see amazing underwater marine life. This is a natural nursery for much coral fish such as snapper, parrotfish, barracuda, and tropical angelfish. Tourists can spend a night in the lodge, or a few hours to the whole day. The Lodge even provides you with diving equipment and any number of gas cylinders. You can also choose to stay overnight or have lunch at the Lodge for a truly unusual experience.

The strangest tourist attraction in South Dakota is the Corn Palace, a magnificent building covered with creative murals made of corn to imitate various themes. The theme of 2016 happened to be the theme of 2017 (for money reasons), which was “Rock of the Times.” This amazing theme included corn depictions of Willie Nelson, Elvis, and John Travolta’s favorites. This might seem to be one of the odd places to explore in the US, but you are sure going to have some fun.

This center first began in the year 1970, started by Doyle Owens. He began to sell the off-card tables’ unclaimed baggage in his front yard. Soon this became a success, and today, this Unclaimed Baggage Centre has bigger connections even outside Alabama. They have strong relationships with airlines and transport companies. Now, this center is spread more than a city block and witnesses millions of visitors per year. People from across the world come here to sell, donate or recycle the orphaned bag’s contents.

Run by Philadelphia’s College of Physicians, the Mutter Museum is one of the odd places to explore in the United States. Mutter museum falls under the top museums’ list that covers the medical history of the states. Curious Explorers can find chemical models, medical instruments, anatomy specimens, and many others carefully displayed in the museum. The setting seems like the 19th-century reminiscent of the cabinet museums. The number of annual visitors in the museum reaches 130k, and it also offers an educational program for schools. Talk it out with your group and plan to explore these odd places at ease.

An ideal 2-3 days vacation to Cincinnati will show you the largest abandoned subway tunnel in the United States. In fact, the construction of this tunnel was stopped in the late 1920s. The makers had already laid less than half of the line, but no tracks were set. Most of the above-ground was flattened by bulldozers to make room for the highway, but the tunnel still exists. Though, tourists aren’t allowed to enter here anymore.

Although many people don’t even know it, the Flying Geyser may be one of the strangest sights in Nevada. This geyser sprays water into the air about 5 feet high. Although the geyser itself is not open to the public, you can enjoy the view along Interstate 34, which is about 0.3 miles away. Fly geysers were used as manufactured wells in the early 1900s. Over time, hot water from geothermally heated pipes began to gush from cracks, creating geysers. Attempts to cap the cap failed, leading to current attractiveness. You can visit Jetblue Book a Flight service online and book an exciting flight to Nevada for authentic fun. 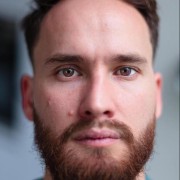 Things to check out before booking airport taxi services in London

What To Expect When Flying To Europe After Brexit