Power over Ethernet (PoE) is a standard that permits Ethernet cables to transfer power and data simultaneously through the same network cable. This lets system integration and network installers set up devices powered by electricity in areas that do not have electrical circuits. Additionally, PoE eliminates the expense of wiring additional electrical wires, which requires professional electricians to ensure that strict conduit regulations are observed.

Power over Ethernetv technology is based on IEEE 802.3af, 802.3at, and 802.3bt standards established by the Institute of Electrical and Electronics Engineers and defines how networking equipment operates to facilitate interoperability between devices.

PoE-capable devices could be power source equipment (PSE) and powered devices (PDs) or, in some cases, both. The device that provides the power is called the PSE, and the device with power is known as a PD. Most PSEs are switch-types or PoE injectors designed to work in conjunction with other switches.

The most popular kinds of PoE applications are:

It is important to note that Power over Ethernet may also be used to charge other gadgets, like:

Although PoE is relatively easy to set up, Network administrators must be aware of some of the equipment, terminology, and the technology involved.

The term “power sourcing device” (PSE) is the term used to describe devices that supply the power needed to connected devices like hubs, switches, and injectors. PSEs power power-powered devices (PDs). Some instances of PDs include VoIP, IP cameras as well as wireless access points (WAPs)

Mode A Vs. Mode B

PoE devices typically employ different power pinout pairings. These two options are referred to in the terms “Mode A” and “Mode B.”

In Mode A, data pin pair 1-2 constitutes part of the DC supply, while pin pairs 3-6 form the second one and leave pinout pair 4-5 and 7-8 as unusable. Devices that employ Mode A are often known as “end-span” units.

Contrary to Mode A, Mode B doesn’t leave any data pinout pairs untapped. Pin pairs 1-2 and 3-3 transmit data. Pin pairs 4-5 constitute one part of the DC supply, while pin pairs 7-8 make up the other. The units using Mode B are often called “midspan” devices.

While Mode A and B distinctions are not significant, they are essential to consider as not knowing the power pins used to transmit power and which ones receive it can result in malfunctioning connections.

As previously mentioned, the terms endspan and midspan specify which pinouts are used to transfer power and receive it. However, midspan PSEs, as well as midspan PSEs, have a deeper meaning.

Midspan PSEs are described as “intermediary” devices deployed between the non-PoE-capable PSE and PoE-capable PD. Some examples of these midspan PSEs comprise power injectors and power hubs. However, endpan devices are the principal PSE within a network, as the switch.

Although complaint devices are certified by IEEE and have been certified by IEEE, compliance is a different term specific to PDs and PSEs. For instance, to be a PD to qualify as to be compliant, it should be able to send and receive power via both Mode A and Mode.

However, the compliance standards for PSEs don’t require support for both modes. This means that certain compliant PSEs only allow Mofe A, while others are only compatible with Mode B. However, some may be able to support both the A and B modes.

The devices that support Power over Ethernet do not conform to IEEE standards. However, they can be reliable alternatives that need installers to ensure that the correct mode is used on their networks. For instance, PoE-compatible PDs typically be able to support Mode B only. But, this is different between manufacturers, and there isn’t a guarantee that they’ll support the two power options.

Similarly, PoE-compatible PSEs, including injectors, can support both modes. However, there is no guarantee that they’ll allow both modes. So, when using devices that support PoE, system integrators must look over the specifications data sheets to ensure that the units they’re considering are compatible with the power modes their network is using.

The Institute of Electrical and Electronics Engineers (IEEE) is responsible for creating PoE standards. Find out more about the standardization process of IEEE. Three PoE standards are available. The 802.3af standard allows 15.4W or power. Although 802.3at power source equipment (PSE) can send 15.4W of power-driven devices (PDs) cannot reliably get 12.95W of power because of the power dissipation.

In 2009 The IEEE released an 802.3at standard (also called PoE+). The standard can support 30W of power. However, like the 802.3af standard, power dissipation can cause PDs to receive slightly fewer quantities of power, in particular 25.5W of power.

The higher power budget is crucially essential for PoE lighting platforms and systems and other advanced technologies in use. As companies move into technological advancements, Automation is also making it into the picture. For instance, smart PDs are automated, and Automation requires more power. The user of smart devices has begun to realize what’s possible using Ethernet power delivery as well as an IEEE 802.3bt standard and has taken measures to update their support infrastructure in line with this.

Here are some principal applications of PoE with high power: PoE:

What are the various PoE classes?

To ensure that there is no over-powering of the PD and thereby reducing the device’s service life, PDs that are IEEE-compliant and use PoE are divided into various classes. The PoE classes guarantee effective power distribution by stating the power amount the PD requires. Power-hungry PDs that use less than the next PoE standard will receive a low-ranking power class and permit the PSE to allocate the excess amounts of power for other devices. Furthermore, the low-power PDs require cooling switches with smaller capacities since their lower power output won’t generate as much heat. However, passive PoE adapters are constantly relaying the same amount of power at all times and are often classified in the context of “non-standard.” Different PoE class types can help negotiate power between the PSE and a PD. For instance, this chart shows the power allotted to various class types compatible with those using the 802.3at, 802.3af, and 802.3bt standards.

What are the benefits of PoE?

How can PoE cut installation costs?

Installation costs for PoE are much lower than traditional wiring, and operating expenses are much more effective. One twisted-pair connection delivers power and data to devices. Copper from older phone systems could also be reused. Additionally, PoE injectors and splitters can save cost by allowing IT professionals to integrate legacy devices with modern and better-performing PoE networking devices. They also allow organizations to add remote devices without needing electrical infrastructure. Injectors and splitters are made to supply power to and from non-PoE compatible equipment. These units are inexpensive, can bring years of life to an existing system, and will save thousands of dollars by avoiding the installation of electrical outlets in remote areas.

18 WAYS TO MAKE YOUR HOME SAFER 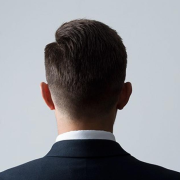 Why You Should Choose Abu Dhabi Curtains for Your Home

How to Fix imap.aol.com not Working