A polypectomy is a process that removes polyps from the inside of the colon, which is also called the large intestine. A polyp is an unnatural grouping of cells. The procedure is usually done simultaneously as a colonoscopy and isn’t too painful.

Why is Receiving Polypectomy Essential?

First, a colonoscopy is done to see if there are any polyps. If any are found, a polypectomy removes the extra tissue. The tissue will be looked at to see if the growths are cancerous, on their way to becoming cancerous, or harmless. This can prevent cancer of the colon.

Most of the time, polyps do not cause any symptoms at all. But bigger polyps may lead to:

A polypectomy would also help to get rid of these symptoms. When polyps are found during a colonoscopy, this procedure must be done.

How It is Performed?

Most of the time, a polypectomy is done at the same time as a colonoscopy. During a colonoscopy, your doctor will put a colonoscopy into your rectum so that they can see the whole colon. A colonoscope is a long, thin, flexible tube at the end of which is a camera and a light.
People over 50 are usually given a colonoscopy to look for growths that could be signs of cancer. If your doctor finds polyps during your colonoscopy, they will usually remove them simultaneously. This is called a polypectomy.
A polypectomy can be done in several different ways. An Expert Gastroenterologist will decide which way to go based on what kind of polyps are in the colon.
Polyps can be small, big, stay in place, or stick out. Sessile polyps don’t have a stalk and are flat.

In a snare polypectomy, the doctor will loop a thin wire around the bottom of the growth and use heat to cut it off. Then, the remaining tissue or stalk is cut off.
Some polyps are more difficult to remove because of their size, location, or shape. There is also a higher risk of complications with these polyps. Endoscopic mucosal resection (EMR) or endoscopic submucosal dissection (ESD) techniques can be effective in these cases.
Before resection, fluid injection separates the polyp from the tissue underneath it. Most of the time, saline is used to make this injection. Piecemeal resection is taking out the polyp one piece at a time. In ESD, fluid is injected deep into the lesion, and the whole polyp is removed.
Some larger polyps that can’t be removed endoscopically may need to be taken out through surgery on the bowel.
After a polyp is taken out, it is sent to a pathology lab to see if it is cancerous. Most of the time, it takes a week to get the results, but sometimes it can take longer.

What to Expect During the Procedure?

For a doctor to do a colonoscopy, your large intestine must be completely clear and free of anything that could block their view. Because of this, you have to go to the bathroom a lot for one or two days before your procedure. This could mean taking laxatives, getting an enema, or eating only clean foods.
Before the polypectomy, you’ll see an anaesthetist, who will give you medicine to make you sleepy during the procedure. Once ready, you’ll be asked to lie on your side with your knees pulled up to your chest. The process takes a short amount of time. Most of the time, it only takes 20 minutes to an hour, depending on what needs to be done.

Most of the time, recovery is quick. Usually, minor side effects like gas, bloating, and cramps go away in 24 hours. When the surgery is more complicated, it can take up to two weeks to fully heal.
The doctor will tell you what to do to take care of yourself. They may tell you to avoid certain drinks and foods that can bother your digestive system for two to three days after the procedure. The doctor will also set up a second colonoscopy for you. It is essential to ensure that the polypectomy works and that no new polyps have grown.

Some of the risks of polypectomy are perforation of the bowel or bleeding in the rectal area. All of these risks are the same for a colonoscopy. Complications are rare, but you should call the doctor right away if you have any of the following symptoms:

The procedure is non-invasive, causes only mild pain, and you should be back to normal in two weeks. However, everything depends on what the polypectomy reveals. Your next steps for treatment will depend on whether or not your polyps are benign, precancerous, or cancerous. If they are harmless, no further treatment will likely be needed.
If they are precancerous or cancerous, there is a good chance of preventing colon cancer. Cancer treatment and its success will depend on many things, like cancer’s stage. The doctor will work with you to make a treatment plan. Only an Expert Gastroenterologist can suggest the perfect treatment plan to you. If finding an experienced doctor is difficult for you, you no longer need to worry. You can easily visit Marham to find and Book an Appointment with the Best Gastroenterologist.

What is the prognosis?

Your outlook is positive after a polypectomy. You should be fully recovered in two weeks following the non-invasive surgery, which only produces minor discomfort.

The results of the polypectomy, however, will decide your prognosis as a whole. Whether your polyps are benign, precancerous, or cancerous will influence how any additional therapy should proceed.

What are the drawbacks and adverse effects?

Bowel perforation or rectal haemorrhage are examples of the hazards associated with polypectomy. The dangers associated with a colonoscopy are the same. Although complications are uncommon, if you experience any of the following signs or symptoms, call your doctor right away:

Fever or chills, as these may be signs of infection; excessive bleeding; severe abdominal pain or bloating; vomiting; irregular heartbeat

1. What is the next step once polyps are removed from the colon?

After the polyps are removed, you will need another colonoscopy. In the next colonoscopy, there is a 25% to 30% chance that you will find more polyps.

2. Is it necessary to do major surgery to remove polyps?

Patients had to have a colectomy to remove polyps that were too big to be removed safely during a colonoscopy. It involves the removal of a portion of the large intestine.

3. What is the primary reason for polyps in the intestines?

Colonic polyps may occur due to genetic mutations in the colon lining cells that alter the normal cell life cycle. In many cases, these changes may be accelerated by various variables. Diet, older age, lifestyle, gender, and heredity have a role. 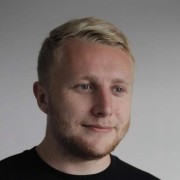 Reduce stress and change your outlook on life

Here Are Your Non-Surgical Options to Get Voluminous Lips