With a change of time, comes a new trend. And when that trend happens to make strides globally, then it naturally impacts everyone. The same happened with Cryptocurrencies, which gained so much global fame. Well, the real credit goes to Bitcoin. It is the first digital currency that made the wave of cryptocurrency reaching all over. If this latter coin would not have existed, then we could have hardly imagined the new financial system in digital form. Just imagine how it would seem so wonderful if cryptocurrencies were beverages.

It might sound an imagination or joke, but this wish might come true by an entrepreneur from Russia. This person has even initiated the idea of trademarks and to rename cryptocurrency as beverages. It can include many major cryptocurrencies, including the leading one, the Bitcoin its closest competitor, Ethereum and Ethereum classic. All these digital currencies are set to be named for vodka brands. According to him, the cryptocurrency names are supposed to be used for the international class of alcoholic beverages, excluding beer.

Among many of the cryptocurrencies, these three most popular crypto names are top choices.

However, no update about the details is given by the Russian entrepreneur regarding cryptocurrency as beverages. This has brought a disappointment for the alcoholics as well as for crypto buffs. Even though he has denied making any revelations about the release, but it has given a hint that if it happens then, it will prove useful. How would it feel if carry big a cryptovodka mug while getting involved in the mining of cryptocurrency? Well, whatsoever you feel, but it seems so cool to go with the Russian government stand on it and imagine what the world would be like if cryptocurrencies were beverages.

According to President Putin, there is a need for the environment to protect the state, business, citizen’s interests. Besides this, he also said that for the use of financial instruments, legal guarantees must be provided. He raised his concern about the national financial system to be upgraded and also to remove unwanted barriers. It put a question mark on what if cryptocurrencies were beverages.

There are plans for the launch of ‘’CryptoRuble’’ Russia’s cryptocurrency. In the year 2015, there was the banning of the sites of Bitcoin. In the year 2016, the crypto world received shockwaves from the finance ministry of Russia. It was regarding the banning of all Bitcoin transactions. But despite strict banning, the first Russian Bitcoin exchange made its entry in Moscow in the same year.

‘If cryptocurrencies were beverages’ seems much interesting for all die-hard alcoholic and cryptocurrency lovers. However, it will be too early to conclude whether cryptovodka or beverages is going to happen or not. Even though the Russian entrepreneur has generated interest in cryptocurrencies as beverages. But nothing seems that simple, as cryptocurrencies faced strict regulations with banning of some Bitcoin sites. The only milestone that came through despite all the ban is the launch of Russian, a first physical Bitcoin exchange in Moscow. Well, all we can hope is when the business entrepreneur plans to initiate a hard fork on the upcoming range of vodka. It might strike you with another curiosity about whether to get a ‘’Cryptovodka Gold’’ bottle for other owned cryptovodka bottles. Till then, let us wait and watch.

Tags
if Cryptocurrencies were Beverages 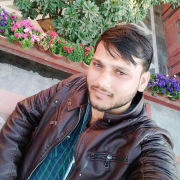 Sujit is a Crypto enthusiast and a blogger by passion. He Works for a Crypto news Company Cryptoknowmics. Cryptoknowmics is one of the best companies in this industry because they have a passion to provide users the relevant crypto, bitcoin, and altcoin news today. You can follow him on LinkedIn and Twitter too.

All About Tesla Financing

7 Reasons Why You Purchase Vivo Phones

8 Reasons Why Every Business Should Hire a Professional Disinfection Service