Why Do Toyota Engines Last So Long?

Toyota Motor Corporation has been known to produce engines that outperform all its competitors, including the Big 3 of the automotive worlds. Engine rebuilders across the globe have been finding new innovative ways to overcome the engine supremacy offered by Toyota but are still lacking short. Below are a few ways that ensure that Toyota’s engine maintain a market supremacy.

Kaizen is a concept that refers to continuous improvement of a business’s practice, including its functions as well as its employees. At the epicenter of Toyota Motor Corporation, you will find the kaizen theory being applied. One can see its application when the engines being produced by Toyota are more or less the same. Some might see it as the company lacking the innovation to upgrade their technology, yet the truth is far from it. Toyota does not implement technological advancements to their engines unless it has passed through a strict stress test or if the company itself has the utmost faith in it.

Toyota is known to be gracious towards its component suppliers. The relationship it harbors with its suppliers grants it access to the best and the most solid components a supplier has. In case of an issue, the company itself takes responsibility and tries to address the issue instead of dumping it down onto its suppliers. In return, the suppliers feel that they should answer this protective nature of the company by providing it with the most efficient and long-lasting products they have.

Innovation at the Core

Whenever you see the engine of a Toyota automobile, you will not be able to tell if there is something special to it or not. But do not be fooled, the engineers at the company constantly keep finding new methods to make your engine more efficient and at the same time ensure a familiarity aspect to their final product. If you take apart the engine and see the component, you will realize that there are more than three hundred and fifty components, each part strong and innovative that ensures your engine’s continuity.

Toyota is one of the few companies that does not focus on making profits. All the employees at the company prefer reliability and faith in their product rather than making small term profits. One can certainly be a witness to this by seeing the company’s history. An example of this is, even though the engines were perfect, Toyota had an issue with its ABS during the winters. They however did not argue with its customers or play the blame game. They chose to call back all of their vehicles under question, sent out a public apology, fixed the issue from the ground up and then provided all those who had the issue with the newer version of their automobile.

If you want to purchase a vehicle for the long run, then Toyota is the way to go. Its engines work flawlessly for over four hundred thousand kilometers and provide you with a smooth drive all the way. 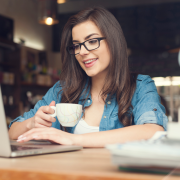 Phoebe Lambert, an IT graduate of the University of Bolton, is the social media manager at Nayyar's solicitor's company, UK. She uses her shrewd capacity to strategically direct you about social media and media management technicalities and details.

What is PFAS—and Why Should You Care?

How to Choosing the Right Recruitment Agency in UAE?

Cloud Contact Centers Vs Traditional : Which Is Much better?