The outbreak of the Corona epidemic is not taking its name. After a few days of silence in many countries, now the fear of its second wave is beginning to haunt. Corona epidemic is at a peak in India and more than 50 thousand cases are being reported daily.

Now, since July 30, more than one thousand cases of Corona have been filed. Because lockdown restrictions have been lifted, mainly in the areas of the capital Madrid, Aragon and Barcelona.

Due to the outbreak of the epidemic, some countries such as France and Norway have stopped the movement and Britain is going to quarantine its travelers from Spain. Britain’s Prime Minister Boris Johnson told the media, ‘Some of our European friends should be completely clear about what is happening in Europe, I am afraid that in some places you will signal the second wave of the epidemic Will start seeing In the Middle East, Israel, where once the virus was under control, averages over 1,700 people infected daily.

World Health Organization (WHO) recently said that the virus is coming out as a big wave, there is no evidence that it is affected by the weather. But the WHO predicted that this epidemic could go on for a long time.

The third phase of this unlock is going on in India. However, experts say that India has not even touched the peak of the corona epidemic cases.

Former scientist ‘G’ and head of ICMR (Epidemiology and Communicable Diseases Division), Dr. Lalit Kant said, ‘We have not even reached the top in India. Our graph is still going up in a straight line. There will be a second wave after cases fall.

Earlier there were indications that the number of corona cases in the country would be at peak by July 2020, but now many experts say that by the middle of September, the peak may reach. But all this will depend on government efforts and public behavior of the people.

Dr. Lalit Kant said that in the case of Delhi it seems that we have reached the peak and then we are going down. According to the sero-survey, 4 out of 5 people have not reported cases in Delhi, which means that many are still susceptible. However, he has not yet ruled out a second wave of corona infection.

Dr. Kant said that due to monsoon, infection of Kovid-19 can increase. Second, it is the influenza season which starts from the monsoon. Symptoms of influenza are almost similar to Kovid-19. People are currently testing for Kovid-19 only. If they show flu symptoms, both infections can cause pre-existing problems.

Asked if some countries are witnessing a second wave of corona virus infection. Bhushan said that re-opening increases the number in some areas. Some countries of the world are seeing the latest situation regarding the epidemic, but I will not call it a second wave.

At the same time, about India, Bhushan said, we have not opened many areas suddenly. Is being opened in a phased manner. Continuous messages are being given by the central and state government to behave moderately on the corona.

Other countries have also started planning to stop the second wave of infection. In Belgium, a comprehensive 83-page plan to fight infection and prevent the outbreak of the epidemic has been proposed. The first is to increase the number of corona virus tests per day by the end of September. Another is to stop a new wave of infection with local, regional or national lockdowns. 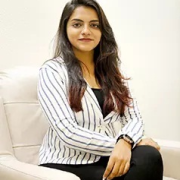