When I turned 17, depression was not something I suffered from, it was something that became the reality of my life. As ignorant as I was, I believed what people had preached to me, that this is only a phase, you’ll get over it, it’s all in your head. Like most parents in the world, mine didn’t believe in depression either and I’ve never hated them for it, I was glad to know that they have not been its victims.

Panic attacks, a sharp decline in my grades, feeling like a failure, losing confidence and a plummet in my health, both physically and mentally became the norm for me. There wasn’t anyone there to pull me out of it or rather I worked hard to hide it from those close to me. The idea of counseling didn’t exist in my university and life became even harder for me. There I was all alone again. Don’t get me wrong, I feel at my best now, but I can’t ignore that all it takes is a trigger for me to go down the spiral again.

As I write for my brothers and sisters in the UAE, I want you to know that if you suffer as I suffer, if you’re hurt like I’m hurt, the worst thing for us to do, as we try to live on is to stand still as the world goes on. Things will start getting better, trust me, but the road to getting better is rough and one you must take. Now I could’ve written about the universities you should apply in to secure your future, but for now, I’d like you to get better as you start your university life.

As I researched multiple universities, to my surprise, one of the best universities in UAE, United Arab Emirates University has an exceptional student counseling program. I know those who suffer don’t prefer counseling as it makes us feel vulnerable, but the counselors there, believe in utmost secrecy and they coach one to tackle the challenges and triggers contained in the life of a university student. Don’t shy away from it, you deserve a chance at a happy life.

The Recent shift in trend

As I dug further in, I found out that at the very least, five of the top universities in UAE have superior counseling programs for the children and future leaders of this world. Not only that, but even the ministry of higher education UAE has also taken notice of the rise in mental health issues amongst the younger generation and has established multiple outreach and health programs.

The reason why I gained respect for the ministry of higher education UAE is due to its setup of a health database for all UAE schools and universities along with its drive to raise health awareness and maintain healthy lifestyles. So any student that reads this blog I make a plea, regardless of his or her age, to get registered on the database via the Al Manhal Portal.

Take it from someone who stayed in the same place where you’re stuck now, your people are reaching out to you, don’t just stand there and bleed. Reach back, learn to love life again, you won’t have another go at it. Look past the fear of judgment, look past your hatred of those who don’t understand, depression is experienced not understood. I don’t want any of you to suffer any longer, I need you to forgive yourself and acknowledge your pain to start healing. Share this blog with anyone who needs it, if we won’t be there for each other then who will? 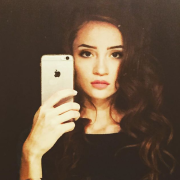 Raku Yamura ahead of the second act the next day “I’m really looking forward to the results of training my body.”