Catatonia is a more striking behavioral disturbance. The patient shows an absence of movements and speech and be in what is called a catatonic stupor. Also, the patient may hold an unusual posture for an extended period of time without any seeming discomfort. 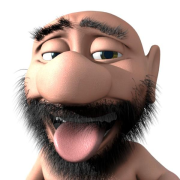 Learn The Technique of Doing Kapalbhati Pranayama Most Effectively

How old should I be to get a hair transplant?

Boosting Your Immune System During the Coronavirus

What Is The Best Medicine For Piles?