The world economy has undeniably become highly competitive in the last 30 years, and while this makes the job market extremely cutthroat, its effects trickle down to the educational institutions as well, which are essentially feeders into which the industry dips in to hire from. On top of economic recessions every now and then, we now have to deal with environmental degradation, political crises, and even global pandemics of deadly viruses- it’s understandable to feel stressed and completely done. But you can’t afford to slip up for too long, and while transcendental meditation and whale songs seem to work for some people, a few of us need a little extra something to help us focus.

Nootropics are substances that supposedly improve cognitive function by improving memory and retention, enhancing motor reflexes, boosting creativity and motivation, and as a result, help you focus more clearly and feel energized. Here’s a list of a few of the best pills out there to improve your focus and maintain consistent levels of energy and make you feel fresh-

Okay, technically not a pill, but it is definitely one of the most popular stimulants used worldwide, and with a good reason. Caffeine occurs naturally in substances like tea and coffee and helps you stay more alert and energized. It stimulates the brain and the central nervous system, improving alertness and reaction time, and can help you stay awake for longer (you can ask any college student during exam season). Best of all, it’s not a pill!

Okay, hear me out. This is not a post advocating smoking, but nicotine is another naturally occurring nootropic that makes you more alert and boosts your attention as well as enhances your motor skills. It’s available in patches and chewing gums, but care should be taken since it is highly addictive, and can even be toxic in large quantities. Use it only if you’re trying to quit smoking, it’s a lesser evil.

Probably the most famous (and the most abused) performance-enhancing drug in popular culture, Adderall contains amphetamine salts that increase the activity of neurotransmitters in the brain. Primarily used to treat attention deficit hyperactivity disorder (ADHD) and narcolepsy (uncontrollable sleeping during the day), in low doses, it also is used as a cognitive enhancer. Care should be taken though, as it is also addictive and may cause withdrawal symptoms.

Another nootropic drug, Modalert 200 is also an effective pill that can be used to improve your focus with relatively fewer side effects. Modalert 200 contains modafinil, which activates the release of certain neuropeptides, resulting in increased wakefulness and alertness. As a result, it is also used to treat narcolepsy and has proven to be quite effective in doing so.

Another natural substance that’s also extremely popular as a supplement is creatine. Naturally occurring in animals, creatine facilitates the recycling of a compound called adenosine triphosphate (ATP), which, if you remember your high school biology, is the energy currency of the cell (Remember the infamous mitochondria? This is the compound that is produced inside it). Creatine is found to work exceptionally well in vegetarians, who do not normally consume it as part of their diet since it is mainly found in animal products.

Another name that’s easily recognizable to anyone who keeps up with American popular culture, Ritalin is another stimulant drug originally intended to treat narcolepsy and attention deficit hyperactivity disorder (ADHD). It contains methylphenidate, a synthetic compound that acts as a norepinephrine-dopamine reuptake inhibitor (NDRI), increasing the activity of the central nervous system.

A very popular dietary supplement, fish oil contains omega 3 fatty acids, which are supposedly very beneficial for the health of the brain. Pescetarians do not need supplements for this, as eating two portions of oily fish in a week is considered enough to meet your requirements. For those who do not eat fish, supplements in the form of capsules and tablets are widely and easily available in the markets.

These are just the best alternatives in a list of available nootropic drugs that seems to grow longer with each passing day. While most of us consume caffeine in the course of our daily routine anyway, the consumption of other drugs on the list, like any medication for that matter, should be started only after consulting your doctor and weighing the pros and cons of using cognitive enhancement pills. While it’s okay to need a pick-me-up once in a while, care should be taken not to get addicted to any of these substances, as they may be illegal in certain situations, in addition to having the potential to cause damage instead of enhancing performance. It’s important to monitor your intake to ensure you do not abuse these supplements. Don’t throw away those yoga mats and meditation tapes just yet, maybe! 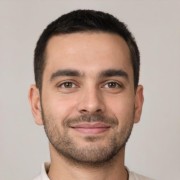 Best Athletic Apparel You Must Have To Up Your Game

What are wrinkles? How can LDN be used to treat it?