Rediff is a public company founded in 1996 with headquarters located in Mumbai by Ajit Balakrishnan, the present CEO, and Chairman. It serves as the news website information, and entertainment portal. One can also go through shopping on this site.

The old blog site Rediffland was later replaced by Rediff blogs, where we can get the hot discussion topics.

The blogs also serve in nine major Indian languages in the year 2009. It has also joined email services by collaborating with Mahanagar Telephone Nigam Limited to provide email services on mobile phones in 2010.

In 2006, Yalwa, a German company, started Locanto classifieds in New York and later extended its services to different cities in the US, and now it has spread to more than 60 countries. It has allegiance to services such as jobs, accommodation, real estate Vehicles, and items wanted to sell.

The founder and CEO of Locanto are Klaus P.Gapp. In 2012 and 2014, the Locanto app was launched for iPhone and android phone users. For safe internet access, it also established a separate blog for secure online trading.

The first-ever online free classified advertisement in the UK is Gumtree, which was founded by Michael Pennington and Simon Crookallin in 2010. The main motive to launch this site is to provide a platform for the migrants from Australia, New Zealand, and South Africa who were willing to live in the UK.

On this site, they can check the new houses, employment opportunities and connect with the people. Now the Gumtree has been opened to its services to many countries in significant cities. In the year 2005, eBay took possession of the Gumtree along with other classified sites.

The American-based biggest classified advertisement website Craigslist, which was founded in 1995 by Craig Newmark. He worked as a computer programmer with a view as a free marketplace for the people, where without any fear, they can exchange information on the site.

On the site we can come across different categories like jobs items which are wanted services needed and offered accommodation Giggs resumes and discussion forums. The present CEO is Jim Buckmaster. The

The company has expanded its services to 70 countries as of now. The site

is available not only in English but also functionary in different languages.

OLX – online exchange, which is a global multichannel e-commerce website and a classified online marketplace. Grinda and Alec Oxenford co-founded itGrinda, various products like home appliances, electronics, properties, etc., with profitable convenient transactions and services beyond others. The user-friendly app is available in the play store and app store.

Quikr is a leading internet marketplace and an e-commerce website in India. It was founded by Pranay ChuletPranay Chulet, founded classified in job portals, sell and buy, advertising, etc. Initially, Kijiji India was launched, owned by Kijiji international, and later rebranded as Quikr by matrix partners and eBay subsidiary.

It helps to promote small scale business and provides an excellent platform for buyers, sellers, and resellers. Apart from the company, it also provides some other exceptional services like ventures into the entertainment industry, picks, drops, grooms, etc. Finally, it is a one-stop-shop for everything.!!

It has a massive listing of around 1000 cities in India and was headed in Bangalore, Karnataka. The users can get a missed call service or instant messaging, and it includes a user-friendly website, and the app version is available in the Play store.

Oodle, well known for its marketplace for cars, rentals, real estate, and jobs, was founded in 2004 by Craig Donato, Scott Kister, and Faith Sedlin. Encasing over 1000 regions in the United States, India, UK, Canada, Ireland, Oodle is the largest classified aggregator for the time being.

Formerly, Oodle was available on Facebook as “Marketplace,” but now it.

has been replaced with “together.” Oodle composites its directory from other classified websites like eBay and local newspapers. Apart from its online services, Oodle also controls traditional and non-traditional newspapers’ classifieds websites. Besides the title, description, and contact details, users can also add a photo or video of the posting.

The site has a user-friendly interface with a minimalistic design. An app version of the website is also developed for the user’s convenience.

Freeadstime is one of the fastest-growing e-commerce sites which majorly runs through advertisements. It enables users to post online ads and provide services all around the globe for free. It has fundamental marketing values connecting the audiences.freeadstime was founded by ex-Excite executives Craig Donato, Scott Kister, and Faith Sedlin in 2004.

It works actively with the other 14 technologies. Check out this important source for getting more info about craigslist posting software. The user can find or post free advertisements like rentals, pets, jobs, etc., which will be accessed by a user-friendly website, and there is no android or ios application available. 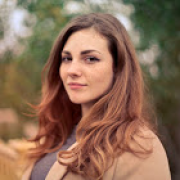 5 rules to follow to choose the name of a product

world clock with seconds – Only in Your Dreams

How Bin boxes can help you in managing your tools?