Facebook Twitter LinkedIn Tumblr Pinterest Reddit VKontakte Odnoklassniki Pocket Telegram Viber Share via Email
Today demand for mobile apps is spreading rapidly across the globe. Businesses are opting for mobile applications to become more popular and build a strong brand in the market. Everyone is looking for new & innovative applications nowadays and this has increased the demand for mobile app developers in the market. Businesses of today are more app-oriented and consider it as an important factor for their success. As we all know, every business needs the app development that starts by hiring the app developer or Mobile App Development Company and it works towards developing, designing, & delivering the app as per your requirement. Such an app will help you build online visibility and gain huge profits in business. So, now the point is that app development does not happen for free. You need to spend money to build an app and it is an expensive affair. You may try your best to squeeze in the costs, but the hidden charges disrupt everything.
So what are these Hidden Costs of App Development?
Generally, you have an in-house team or hired developers to take care of the App Development. Here they might have a general idea of app development but are not clear about the complete process in detail. This is where your budget gets affect badly without knowing the actual cost of the development process. Of course, developing the app is the main purpose, but then it comes with additional costs such as designing, App UI, testing and maintenance.
1. The Scope of the App Changing
Before sharing the app idea to the developer, you need to pay for the scope. This means that every change in your scope in the between will be charged by the developer.
First, you need to decide the main features for your application, the user flow, and the required content. Because your developers must have the idea of your requirement.
Always do in detail background check & signup for a fair contract while hiring a developer. Always check the reference first and talk with the former client about their experiences.
If you can get your hand on “back door” references, you should go ahead with it. Back door references are nothing but the clients which your chosen App Development Company has not listed on their client list.

5. App Designing Costs
If you think that the developer will design your app, then you are wrong. The developer develops the code while the designer creates the app to deliver the unmatched user experience.
If you want your app to be successful and stay in the market for a long time, you should go for designers. For an app user, the experience is the most important element and so it should be designed without the support of skilled designers. Poorly designed UI/UX with confusing navigation will lead many users to leave the app. Hiring designers may seem to be an extra cost, but it is worth going for.
So, if you have Hired Development Companies, then you need to ensure that the company is going to handle all it’s designing and development part. When there is an individual developer, then you need to make it clear about designing charges.
If you are not aware of this, then you need to know this before you handover the projects. In short, if you are developers, then you may get cost-effective solutions, but at the end of the day, you will find that you have to spend more than you expected. Better, hire developers from an App Development Company to get everything mentioned in the agreement.
6. Cross-Platform Development Costs
When businesses set their foot into the world of Mobile App Development for the first time, they quickly understood that here everything is complex and not the same as building business applications.
They have a blind feeling that the developed app will work across all the platforms equally. In reality, things are different. If you want to build native applications to work as cross-platform, you will have to develop separate applications.
Now if you’re going to move from mobile to tablet, the same rule applies here. This means you will have to develop different applications as a single one will not work there.
Generally, there are two dominant platforms iOS and Android and you need two different native apps to run across the two platforms. However, for tablets, you don’t need to make separate apps as a single native app can run simultaneously across different devices from the same OS.
However, exceptions can’t be ruled out as you can see, PayPal for iPhone cannot be functional on the iPad, though it is forbidden by the brand itself. You can get multiple APKs created for single apps. But the things you need to understand is these are remain hidden from the agreement and you know only after you get the project delivered. So, make sure that you have native apps that can run across different devices on the same OS.
Conclusion:
From above its clear now that App Development is not at all a cheap affair. Further, the end cost of development may not be the same as initially discussed. You need to find the right app development partner who can ensure that there are no hidden costs and you don’t get exhausted in the end through app maintenance, updates, and hosting costs.
Tags
android app development best android app development company Flutter App Development company iOS app Development Company mobile app development Company 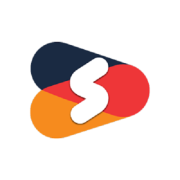 How to fix and resolve QuickBooks Error 1335?

The Key to Shaping an Effective Cyber Resilience and Cybersecurity Strategy