Apple is exclusive, everyone knows that. It doesn’t afford as much freedom to developers as Android does and everything is dependent upon how Apple pushes its new updates. But when these updates do come in, as an iPhone application development company or as a freelance app developer, you need to understand these core updates and try and get your apps being developed at the moment to be in line with these updates.

iOS 14 is finally here, but not for general consumers. That won’t happen till at least September this year. But the beta is here and is available for download. It’s not recommended that general users download and start using it since it’s not stable enough. However, for developers, it’s crucial to get the iOS 14 installed and check the new updates in order to make changes to any upcoming apps.

Why Is It Important For Developers To Prepare For iOS 14?

Apple is a powerful brand, but in recent times, it had gotten boring. No new major changes or updates had started to make all newer models and iOS versions seem all the same. In previous iOS updates, you didn’t need to do much in terms of understanding the new changes, since they were not that consequential, but in iOS 14, there have some major upgrades that need to be accounted for.

While the iOS 14 update has some incredible new features like adjustable widgets, revamped maps and music sections, the picture on picture feature for iPhones etc. but for app developers, the most important one to look out for is app clips.

So App Clips will allow users to access some portions of the app without the need to download the app in actual. Sounds revolutionary? Not quite! Google already introduced a similar feature with Google Play Instant back in 2017.

Through using an NFC and visual code, the user will be able to access a certain part of the app it has a current requirement for. This is slated to be most used in the niche for service sector apps like bike hailing apps, food delivery apps etc.

For app developers, it will become imperative to learn just how they can make their apps friendly for App Clips since now, more users will want to use the feature. This will be challenging since the developer will be required to create lighter versions of the app while still providing the user with a right amount of utility to perform major supplementary functions within the app like payment processing and leaving reviews etc.

For old apps, mobile application maintenance and support will need to be kicked up a notch since the new rollout of this feature will certainly bring in some bumps and glitches in the initial stages, before everyone learns how to do it right.

Many commentators and industry analysts have said that App Clip will be much more popular than Google Play Instant because of Apple’s loyal user base which usurps much of Apple’s features and is very critical of whatever is placed inside the iOS. 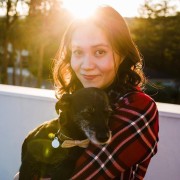 .NET: Your Answer to A NextGen Banking and Finance Web App Development