Swift was new when it was announced 7 years ago. At that time no one thought that it would become the major programming language used for iOS app development! Today it has, and its rapid accession can even benefit an investor like you. Why would you ever need Swift?

Seeing as mobile applications are the basic way to connect with clients and make sales, your business needs an app! Whether you require iPad or iPhone app development, Swift capably manages both without compromise. Giving your business the greatest chances to improve your services and likelihood of success.

Advantages of Swift For iOS Development

Ever since Apple made it open-source, the popularity of Swift has sky-rocketed! The majority of iOS application development services have taken a natural liking to use the Swift programming language. Being their first choice, this technology must have a reason, right? Actually, it has many. Here are the advantages of using Swift to develop iOS apps.

Since Swift is open-sourced, it tends to be a popular technology for investors who are testing the waters of the iOS app market. All iOS app development solutions providers using Swift don’t require a license. This means you don’t have to pay the fee for a license either!

Development costs are further lowered since development is completed in a short time without the need for extra bug fixing. Coding with Swift is relatively error-free since the code is easy to write.

Swift doesn’t come with any catches! It is a free-to-use technology that is capable of making high-performance and safe applications.

There is no need to add commas and semicolons at the end of parentheses in a statement.

As a result, development for iOS apps is done in a shorter time with reduced chances of serious coding flaws. Because of this, the whole process of making a reliable, stable, and feature-rich iOS application is high with Swift.

As per the requirements of today, Swift is a language that needs to be fast to meet users’ application needs. Luckily, Swift is much faster than the Objective-C programming language.

Object categorization has become faster in swift, providing apps with a performance boost that shows in iOS apps.

Apple products have always been able to work with the best of their ability on minimal storage space. It also makes many people wonder how this is possible when other operating systems’ apps consume so much space. Swift apps have a minimum storage requirement for installation.

Also, Swift is much faster than the Objective C programming language since it executes code rapidly!

Coming to memory efficiency during the development stage, Swift’s built-in Automatic Reference Counting (ARC) plays an important role. It identifies which class instances are not in use and automatically removes them for developers.

Swift and Objective C are two programming languages that form the core of iOS app development. Wouldn’t it be nice if there were a link between them that allows you to benefit from both?

Well, there actually is a way to get some benefits from Objective C while using Swift development. That’s because Swift offers full compatibility with Objective C. This makes it simple to develop an application that uses code from both programming languages.

Apps can benefit by being more functional and having transparent code that is easy to maintain and debug.

Another perk of this technology is the fact that apps for multiple Apple iOS devices are supported. Devices supported include all Apple devices (iPhones, iPads, Apple Watch, and Apple TV). But, it doesn’t end with Apple products and iOS.

Looking to develop an iOS app for your business, you might be wondering why I should use Swift? What does Swift have that all the other iOS app programming languages don’t have?

Well, the answer is a lot! As time and users’ needs progress, so do the demands for newer, functional technology. So here are the various benefits Swift gives your business.

Swift is a language that an iOS app developer can easily grasp due to its lack of complexity. It reads as simple syntax which improves the speed at which code is written. In addition to this, reading and modification of code are easier. In fact, Swift comes really close to resembling spoken English!

When Swift is the programming language for iOS app development, fewer lines of code are required. This makes the technology well received by developers and investors alike.

Swift iOS apps will turn out to be less stressful and expensive to maintain in the long run. Other iOS app development languages like Objective C have two code files to maintain if you want efficient code.

Luckily, this time-consuming process does apply when it comes to Swift. This is because there is no requirement to maintain two code sets. Just maintaining one code set is simple and effective enough. Developers will be very glad as it is a less tiring and complex situation.

The Swift programming language enables an iOS app developer to easily identify errors they have made. Making the writing of code that much easier and less monotonous for coders.

Swift does not accept objects with the value being zero. If even accidentally a NIL value is entered, an error is stated. This helps developers to create code faster and with fewer errors. Testing the code will be easier.

An important benefit Swift gives your business is that it is cost-efficient. Money is not a resource that every startup or investor has a lot of. Meaning that a technology that saves money is definitely worth using if it satisfies your requirements.

The reason is that in 2015 Swift was made open-source for everyone to use. This move is thought to have been the one that popularized Swift. Today, this technology happens to be among the most popular ones for development, especially the development of iOS apps.

Looking to experiment with new concepts? Swift will satisfy your requirements to develop new applications that are, in a sense, futuristic and innovative.

Looking to be a pioneer and explore a new field in technology? Swift will be the technology to help you along in your venture. It facilitates the development of diverse applications that are unlike any that we see today. 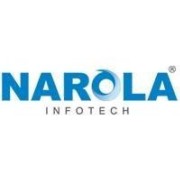 How to Find Good Painters in Arvada CO

Risk Management: Why It Is Important For Businesses And Individuals