1. What is APP Hibernation

Take a look at the Google Play Store; there you will find applications for each different purpose. We usually install 30-40 apps on our smart phones, but forget to uninstall them after using them. While there’s nothing wrong with installing apps, some run silently in the background and drain your battery life.

To resolve battery drain issues, apps that hog the battery should be uninstalled or forced to shut down. This is where the Hibernates APPs comes in. Quickly find and hibernate less important apps and processes on your Android Smartphone. However, Greenify only works on rooted devices, so users are looking for its alternatives and want to know What Does Hibernate Apps Mean?.

In this article, we’ll share some of the best Greenify alternatives for Android.

It is one of the best Greenify alternatives that you can use right now. The best thing about Brevent is that it has a dark theme and allows users to freeze apps running in the background. It’s a little different from Greenify because whenever it finds an app in the background with no activity, it automatically shuts it down.

Servicely is by far the best and most popular Greenify alternative. The app is fairly easy to use and simply hibernates all the resource-consuming apps. However, on the downside, the app sleep feature requires root access to work. So if you don’t have a rooted Android device then you can’t use the app. Additionally, there is a feature that prevents apps from running in the background (without forcing shutdown).

Well, Ice Box is quite similar to Greenify and works on both rooted and non-rooted Android devices. The best thing about Ice Box is that it allows users to freeze and store rarely used apps. Not only that, but IceBox also displays a detailed description of resource consumption per application.

As the name of the app suggests, Hibernator is an app that can be used to freeze running apps for a specified period of time. The app is very similar to Greenify and has other tools to speed up your Android device. The best thing about Hibernator is that it works on both rooted and non-rooted Android devices, and it can close all running apps, background services, etc.

Droid Optimizer is slightly different from all the other apps listed in the article. With Droid Optimizer, you can quickly terminate foreground and background apps, clear system cache, delete junk files, automate junk file cleaning process, manage installed apps, and more. The application is completely free and does not display any advertising. If you have a rooted device, you can use it to its full potential.

As the name of the app suggests, Hibernation Manager is another of the best Greenify alternatives on the list that allows users to choose apps that drain the battery in hibernation mode. If you have a rooted device, you can also use the processor hibernation feature, which automatically sets the processor to the lowest possible frequency and voltage, ensuring better battery savings.

AirFrozen is a relatively new battery saving app available on the Google Play Store. Like Greenify, it also freezes apps for a short time. What makes AirFrozen more unique are its predefined functions. You can configure the app to freeze background apps, force stop apps, freeze when you quit the app, and free apps when the screen is locked. The application is quite light and requires less than 1MB of space to install on your smartphone.

Although not very popular, Hibernate is still one of the best apps for hibernating selected apps or background processes on Android. The user interface of the app looks outdated, but it also makes the app very easy to use. It automatically scans and lists all the processes that were running in the background. The application does not kill any processes, but blocks them temporarily.

What’s unique is that Doze prevents apps and processes from running when the phone is not in use and when the screen is turned off. So when you use your phone again, the Android Doze app will free your apps and settings from hibernation.

These are the best Android apps like Greenify which could help you improve battery life. If you know of any other apps like these, please put the name of the app in the comment box below. Hope this article has helped you! Also share it with your friends.

2. How to Save Battery health Methods

Software methods to save battery First, let’s take a look at the top software milestones to see how they have adjusted since Android’s inception. When Android was first introduced, the idea of ​​an app running in the background confused many users. People naturally thought that background apps were consuming their precious RAM and battery. Then the era of Hibernate APPs is started, hope you read above about What Does Hibernate Apps Mean?

However, with the growing awareness of how Android works, people have realized that task killers are actually reducing the performance and battery life of their phones. Letting Android keep recent apps stored in RAM actually made the system more efficient in terms of performance and battery consumption. Constantly shutting down apps, only to have them restart soon after, is counterproductive.

When task killers proved ineffective, a new set of battery-saving apps hit the market; hibernation utilities. Greenify has been the best of these apps for many years, especially for rooted users. While Greenify may seem like a task killer at first, there is a subtle but important difference between these two types of apps.

This method was revolutionary and has become particularly popular with users of custom ROMs.

Apps like Greenify were not only extremely efficient, but they also continued to evolve and integrate well with new features in each version of Android. Greenify was the perfect balance between task killers and Android battery management. Also, you can improve its functionality by purchasing the donation version and installing the Xposed Framework on a rooted device.

There was a time when people started to prefer Android custom ROMs over factory ROMs. This preference has alarmed manufacturers, as well as Google itself. It was at this point that they started to incorporate more custom ROM features into their standard ROMs. These features include battery management software like Doze and a battery saver mode.

Doze recognizes how you normally use your phone and allocates resources to keep the apps you need responsive, while the apps you rarely use don’t waste battery in the background. Now, standard ROMs automatically handle your battery fairly well, while also providing more options that you can tweak to further increase battery life. 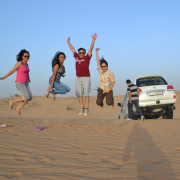 Workplace Surveillance Employee Concerns and How to Address Them